10 Celebrities that have Celebrity Tatoos 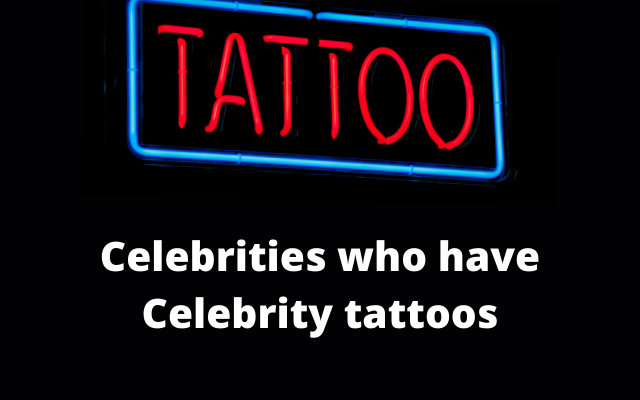 I do not have “one” tattoo but I do know that Jan Shimek our traffic reporter has one.  A Stray Cats tattoo…

Hey, it looks like celebrities are just like us when it comes to getting tattoos.  You know, like getting portraits of their partner or a celebrity they’re a fan of.  Here is a list of famous people who got tattoos of OTHER famous people . . .

1.  Justin Bieber . . . Has an angel arm tattoo inspired by Selena Gomez that he tried covering up with shading.

2.  Megan Fox . . . Had an arm tattoo of Marilyn Monroe because she, quote, “empathized with her”.  She later removed it because Marilyn was a “negative person” and quote “I do not want to attract this kind of negative energy in my life.”

4.  Zayn Malik . . . He got his then-fiancée Perrie Edwards tattooed on his bicep, then got it covered.  But now he has Gigi Hadid’s eyes tatted on his chest.

7.  Joe Jonas . . . He has TWO tattoos of his wife Sophie Turner . . . an outline portrait on his arm and a keyhole with her eye on the back of his neck.

8.  Amber Rose . . . She had a portrait of her then-husband Wiz Khalifa on her arm, but after their divorce, she covered it with a portrait of Slash.

9.  Pete Davidson . . . He got Ruth Bader Ginsburg on his shoulder . . . which will probably be removed soon since he’s in the process of getting rid of ALL of his tattoos.

10.  Rob Kardashian . . . He has a tattoo of his father Robert Kardashian on his arm.