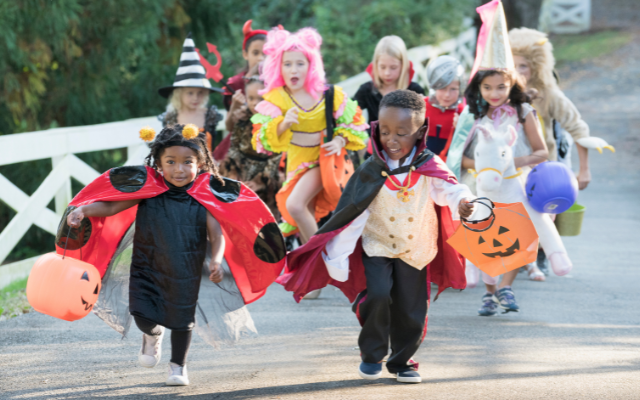 When you can’t afford the real deal or the Halloween store has knock-off versions of popular costumes for Halloween…What is one to do?  Buy it.

1.  A Michael Jackson mask called “Plastic Man,” referencing plastic surgery.  Even better, there’s a “not for children” warning on the label.

5.  A very questionable “Trans Boy” costume, which is SUPPOSED to be an innocent play on “Transformers” . . . I think.  (You’d be better off with the Spider-Man-inspired “Web Slinger Boy”.)

6.  A “Boy of the Rings” costume, which looks very Hobbit-y.

7.  A “Governor of Tasteville” costume, which will have you all set up to host a variety of Food Network shows.

8.  A “Dark Angle” costume that spells ANGEL as ANGLE.

9.  A “White Clam” costume where adults can dress as a can of White Claw.

10.  And a “Little Factory Worker” costume, which is obviously an “Oompa Loompa” from “Charlie and the Chocolate Factory”.