If you happen to be going to an Oscar party, or you just want to impress your friends and co-workers with how smart you are, here are a few interesting facts about the Academy Awards this Sunday!

And here we go!

2.  There’s a competing COUPLE in the Best Picture category.  Directors Greta Gerwig (“Little Women”) and Noah Baumbach (“Marriage Story”), have been dating since 2011, and now, their movies are competing for Best Picture. Noah is also up for Best Director . . . but Greta isn’t, because the Academy apparently has a tradition of not nominating women in that category.  The movies ARE competing in a few other categories though:  Best Actress, Best Supporting Actress, and Best Original Score. Coincidentally, both of the movies star Laura Dern, who’s nominated for Best Supporting Actress . . . for “Marriage Story”, not “Little Women”.

3.  “Toy Story 4” could become just the second sequel to win the Oscar for Best Animated Movie.  The only other sequel to do it?  “Toy Story 3”.

6.  “Ford v Ferrari” is the first car racing film to get a Best Picture nomination.  A surprisingly large number of racing films have missed out in the past . . . including  “Rush”, “Grand Prix”, and “Days of Thunder”.

7.  Songwriter Diane Warren’s nod in Best Original Song (for “I’m Standing with You” from “Breakthrough”) is her 11th Oscar nomination. She’s never actually won.  In fact, she’s now the most Oscar-nominated woman without a win in history.

8.  Renée Zellweger is nominated for Best Actress for “Judy” . . . but Judy Garland never won an Oscar.  She was expected to though. Judy was the favorite to win for “A Star is Born” in 1954, and there were even cameras set up around her hospital bed to capture her speech.  She was okay . . . she’d just given birth. But instead, Grace Kelly won for “The Country Girl” in one of the biggest upsets in Oscar history.

10.  The absurd OscarGOODIE BAGSthat are handed out every year aren’t actually given in person.  There are so many items that they’re delivered in multiple suitcases to nominees the week before the ceremony. All 25 nominees in the acting and directing categories typically get the swag, but there’s one fewer this year, because Scarlett Johansson is nominated in BOTH leading and supporting actress categories, for “Marriage Story” and “Jojo Rabbit”, respectively.  She will only receive one bag.

11.  While “1917” is edited to look like one long, single take, the longest take they actually filmed was nine minutes long.

12.  Only one person actually named Oscar has ever won an Oscar.  Oscar Hammerstein the Second . . . of Rodgers and Hammerstein fame . . . won two Oscars for Best Original Song:  “The Last Time I Saw Paris” from “Lady Be Good” and “It Might As Well Be Spring” from “State Fair”.

13.  No one is 100% sure why they’re called Oscars.  Technically, the trophies are called an Academy Award of Merit. Bette Davis claimed she nicknamed the award after her first husband Harmon Oscar Nelson . . . but others say it happened before that in 1931, when an Academy executive secretary named Margaret Herrick saw the award and said it looked like her “Uncle Oscar”. Regardless, the nickname was officially adopted in 1939.

14.  The Academy of Motion Picture Arts and Sciences votes on the awards, and there are around 8,000 members.  The names of Academy members are a closely guarded secret but they’re all film industry professionals. And anyone who’s either won or been nominated for an Oscar gets instant admission.  For what it’s worth, a 2014 survey conducted by the “Los Angeles Times”, found that 76% of voters were men, 94% of them were white, and they were, on average, 63 years old.  The Academy has tried to diversify since then.

15.  Kirk Douglas may have only died a couple of days ago, but he WILL be included in the Oscars’ “In Memoriam” segment. 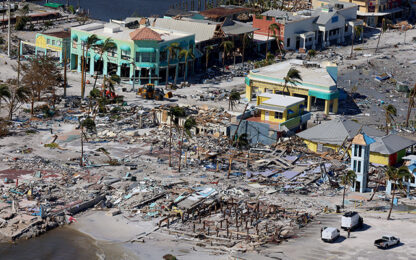