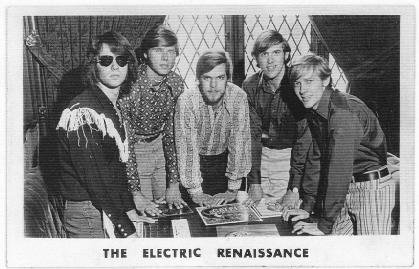 I’ve always been a history buff and today is a red letter day in radio history and because of it in my heritage as well. April 7th, 1967 is the anniversary of Tom Donahue’s first broadcast on KMPX-FM in San Francisco. He is known as the godfather of FM rock and he had been looking for an outlet to play album cuts on the radio instead of singles. He wrote a 1967  Rolling Stone article titled “AM Radio Is Dead and Its Rotting Corpse Is Stinking Up the Airwaves.” I found a description of the start of KMPX on a site called KMPX (Defuct) and I’m sharing that with you now.

“Though KMPX’s daytime schedule was heavy with ethnic programming, the midnight-6 AM slot was mostly open. On February 12, 1967, on-air personality Larry Miller was given the shift, where he played his preferred folk rock music whenever a foreign language show was not scheduled. But even with this impediment and the station’s high-end-of-the-dial position, word spread that “rock and roll is on FM”.

A month later, Tom Donahue, a former well-known local Top 40 Disc Jockey on KYA, fledgling record label owner and concert promoter, was looking for an opportunity to do something unique on the radio. According to his then-girlfriend (and future wife) Raechel’s recollection, mentioned in Jim Ladd’s book Radio Waves, after spending a night listening to The Doors’ first album at home, Donahue wondered why radio stations weren’t playing it. He soon started calling around town to local stations on the less-desirable FM dial. When he found that KMPX’s phone was disconnected, he decided to approach owner Leon Crosby with his plan, as he felt the station had nothing to lose.Donahue proposed to take over some of KMPX’s programming and replace the brokered foreign-language shows with freeform album-based rock music, declaring, “no jingles, no talkovers, no time and temp, no pop singles.” Advertisers would come in the form of local businesses serving the local hippie and Haight Ashbury communities. As Donahue was a well-known and respected person in local radio, Crosby hired him.

On Friday, April 7, 1967, Donahue went on the air at KMPX for the first time, working from 8 PM to midnight, leading into Miller’s show. The station’s programming evolved over the weeks and months that followed, and Donahue sought out air personalities who fit what he envisioned for the format. Early staffers included Edward Bear, Dusty Street, and even future actor Howard Hesseman (Dr. Johnny Fever WKRP) Donahue’s rock music format expanded to full-time on August 6, 1967, as the last of the foreign-language program contracts expired. The station at the time employed an unheard-of all-female studio engineer staff. [6] The presentation of music on the station stood in stark contrast to most other stations of the day. Instead of a hit music-dominated playlist, KMPX played more album cuts, local, emerging and cutting-edge artists, and a wide mix of genres such as rock, blues, jazz and folk music. Some of the music played in the Spring of 1967 included Jefferson Airplane’s album Surrealistic Pillow , the first Grateful Dead Album, Jimi Hendriz’s Are You Experienced, The Beatles’ Sgt Peppers Lonely Hearst Club Band , which KMPX played uninterrupted in its entirety.”

This early description of the start of FM Free Form rock n roll radio mimics so many things I have experienced in my career as well. From the freedom to pick and choose what we wanted to play, the early bonds with our on air brothers in arms and with the bands, to the struggles with management, the air staff strikes, to simply watching the FM medium grow from a background muzak/foreign language entity to a major force in radio broadcasting. It was all quite amazing!  Many of these and other experiences I have noted in my book: Doin’ The Cruise Memories From a Lifetime in Radio and Rock n Roll. I feel blessed that I have had the privilege of witnessing and participating in so much of the past 50 plus years of FM radio’s coming of age. I know you’ve had a lot of your own memories made from what you’ve listened to and heard on the air. Just remember: “Don’t stop rockin’ it’ keeps ya young!”