55 Years Ago Today I Saw The Beatles. 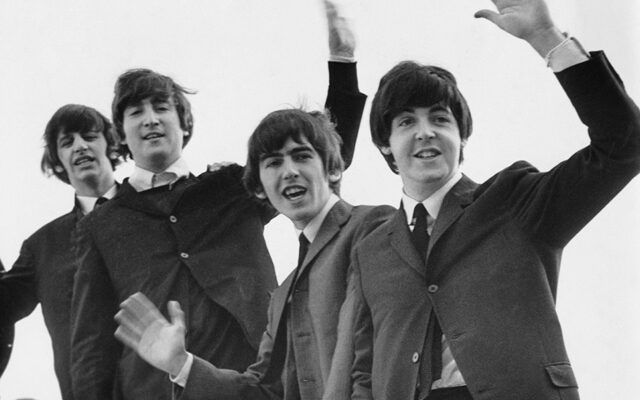 This is a segment from my book: Doin The Cruise: Memories from A Lifetime in Radio and Rock & Roll

It’s my recollection of seeing the Beatles 55 years ago today.

Round two of my concert going experience came just a few short weeks later.  On August 14th, 1966 Craig, Larry and I made our way to Cleveland Municipal Stadium to see the Beatles. It was the bands third show on the tour with first two coming August 12th in Chicago and August 13th in Detroit. It was the Beatles third trek through the States and as luck would have it, it would be their last.  Thank God I caught that show because I can’t imagine NOT having seen them.  Sometimes luck just falls your way.

One problem the Beatles always had was not being able to perform above the volume of their screaming fans.  They tried to counter this with everything they had but back in ’66 there wasn’t much you could do.  I know what you’re thinking, ‘just turn up the volume’ but with the hysteria they created even that didn’t work.  Helluva position to be in don’t you think?

The stage was on the infield and there was snow fencing surrounding it to keep people from getting to the stage.  In today’s world kids would trample that snow fencing as soon as they saw it but back then, the fans respected it…at least until the Beatles hit the stage.  Once the crowd saw them everyone started jumping out of their seats and rushed the stage.  So much for boundaries!

From the moment they came out and launched into “Rock And Roll Music” you couldn’t hear them over the screams.  The shrill that went up was piercing and with that came the absolute hysteria.  People, and when I say people I mean the tens of thousands of females, were screaming and crying.  Crying!  I didn’t see anyone go down or get carried out on a stretcher but I wouldn’t be surprised if they had.  It was utter bedlam. I mean there were some big stage stars like Elvis and even Sinatra when he was younger that could make the girls scream and swoon but this was a whole different thing.  It was a different kind of fandom and hysteria.  This was Beatlemania!

To make matters worse the band left the stage after that first song.  They didn’t say anything, they just unplugged and ran.  It was like that scene in the Tom Hanks movie ‘That Thing You Do’ where the Wonders are playing festivals and they just unplug their instruments and run offstage.

It’s hard to believe when they ran, they ran to a small mobile trailer behind the stage and with no security to escort them at all.  Can you believe it?  They had to fend for themselves, like a group of guys running from a pack of wild bears.  My buddies and I were right next to the stage so we maneuvered our way back to the trailer.  It was similar to an Airstream camper with windows like portholes in a ship, about eighteen inches in diameter so all three of us were able to fit our faces in there.  There we were, peeking in the windows and I literally locked eyes with Ringo.  He’s looking at me looking at him and out of nowhere, he starts jumping around and making faces at me.  Not mean faces or anything like that, just goofy faces.  I’ll never forget that.  It seemed like as much of a pain in the ass as all that was, they got a huge kick out of it.

Eventually security came and shooed us away from the trailer.  The crowd was shifting so my buddies and I got into the action and at the end of it all, we’d elbowed our way to the side of the stage no more than eight feet away from Paul McCartney.  When the band came back they knocked out ten songs and an encore.  I was surprised how short the set was, only about 40 minutes or so and there wasn’t any stage banter and solos you know of in today’s shows.  It was just bam, bam, bam one song after another.  And let’s be honest, those early Beatles songs were all pretty short!

It was a completely different experience from the Stones show I saw a few weeks earlier.  First, there were a ton more girls in the crowd than at the Arena for the Stones.  Second the crowd itself was five times the size and the energy was so different.  The Beatles owned the world (and had for a while at this point) and they owned Cleveland as well.  I was so excited for this.  I was excited to be a part of it.  As cool as the Stones show was, the Beatles left such a different mark on me.  All the way home we kept saying to each other “…did we just see the fucking Beatles or what!?”

I reflect on that sometimes because my view of it then was so different than after I got into radio.  When I was just a fan, I experienced things differently.  I know that sounds a little pompous but it’s true.  We all did.  It was pure as a fan.  I didn’t find myself doing some of the things I did once I got into radio like checking out different parts of the hall, checking out the sound in various areas, assessing the crowd.  I just drank it all in and let it overwhelm me.

It’s kind of fun when I get into conversations with people about who your first concert was and I tell them the Stones and the Beatles, not to mention the Beatles only appearance in Cleveland.  To this day I can still see them onstage and I can still remember how cool it was.