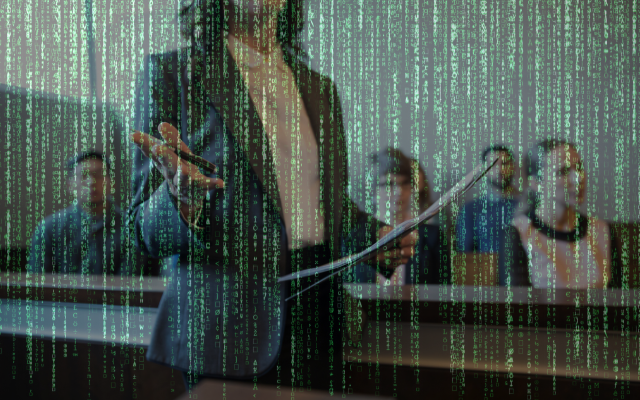 Add “lawyer” to the list of jobs threatened by artificial intelligence, because a ROBOT LAWYER is set to argue its first court case next month.

The website DoNotPay.com has tools to help people fight parking tickets, or get their bank to reverse things like overdraft fees. Now they say they’ve got an A.I. program that can listen in on court cases and come up with strategies in real time.

They’re using it to help someone fight a speeding ticket next month somewhere in the U.S., but they haven’t revealed where . . . because it’s probably illegal!

Most courtrooms don’t allow electronic devices that connect to the internet. So they picked one that allows for Apple AirPods to be used as hearing aids.

Here’s how it’s gonna work. The person fighting the ticket will have AirPods in while the robot lawyer listens in through their cell phone, and then the robot lawyer will tell them what to say! Just that easy…right?! The CEO of DoNotPay says the judge will “definitely NOT” know it’s going on.

They’re also planning to use it in another speeding ticket case soon that’s happening over Zoom.

The robot is so realistic, it’s already started overcharging the client!

If you want to dive deeper, you can check out more about it here and here —> NewScientist / Gizmodo