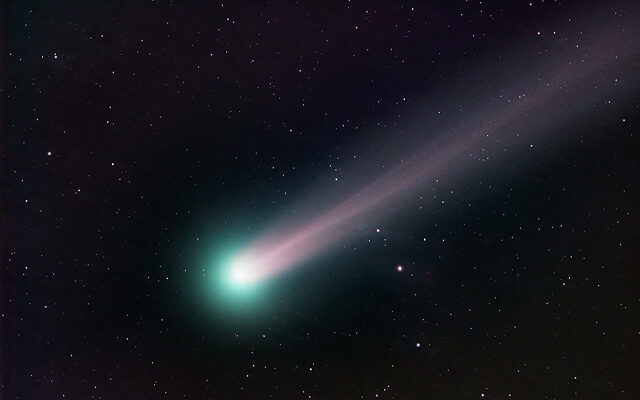 Chase away your winter blues with something to (literally) look forward to. Well Spring is 10 weeks away and arrives on Monday March 20th at 4:42pm. That’s 70 days from today so we need a couple of things to fill some space in the meantime, right! There are the NFL playoffs and the Super Bowl, the NHL All Star game Saturday February 4th, the NBA All Star game Sunday february 19th, the start of baseballs Spring training towards the end of February, but I was thinking of something sooner and more immediate. How about a green comet in the sky that will be on display in the Earth’s sky later this month. Possibly for the first time ever or at least for thousands of years.

Bright Green Comet May Be Visible Later This Month.