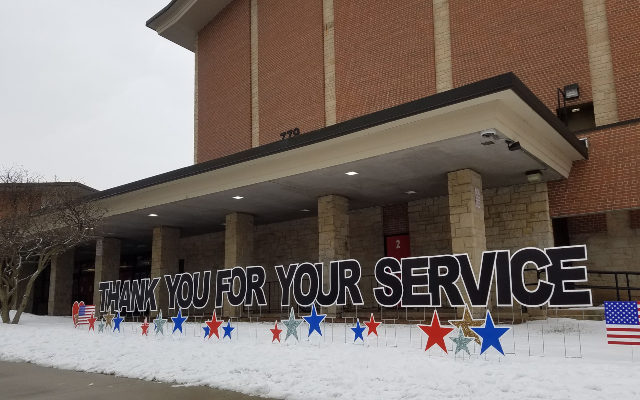 Hundreds gathered inside the auditorium at East Aurora High School yesterday to pay their respects to a fallen hero, 21-year-old Miguel Villalon.

Villalon’s mother was in attendance as songs were song, respect was paid and personal stories were told.

School board president Annette Johnson and Mayor Richard Irvin — an Army veteran himself — his NJROTC teachers, his mother and more all addressed the crowd.

The most touching moment for me was the address from Miguel’s friend and fellow Army soldier Vince DeLao. He shared some pretty funny stories about how Miguel would also like to mess with him and play jokes. DeLao was the soldier who escorted Miguel’s body from Dover Air Force Base to Texas for his funeral. He said the plane needed to make an emergency landing in Mississippi due to a fuel leak. “Even in death, Miguel wanted to mess with you,” he said.

DeLao’s address starts at 48:30 in the video, I suggest you give it a listen, as well as all the others.

(excuse the fidgeting in the beginning as I find a good spot to prop up my phone!)

During Mayor Irvin’s address he noted that December 31st, Miguel’s birthday, would be known as Miguel Villalon day in the city of Aurora. He also announced that the city of Aurora will begin this year having special ceremonies around Memorial Day to honor Gold Star families (families who have lost loved ones in battle).

Thank you to all those who have given the ultimate sacrifice.