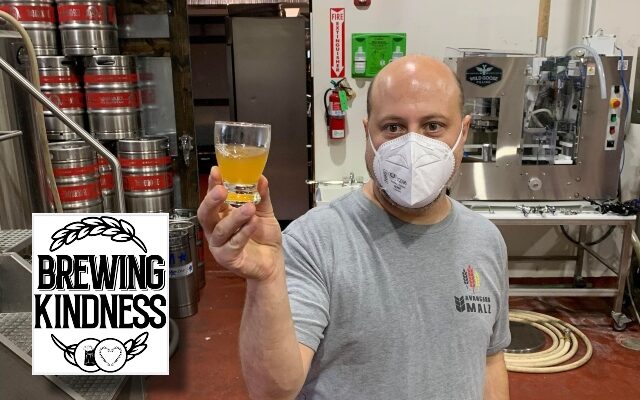 Today at Two Hound Red Brewery, they are creating a beer. Normally, that’s all in a day’s work, but today, there’s a special purpose behind it.

The beer they are brewing today is a collaboration with Brewing Kindness, a non-profit organization that partners with local breweries to raise funds for local causes.

Today’s brew is called Hilltopper Pride Centennial Pale Ale. Part of the proceeds from the beer will be donated back to the Glen Ellyn community and honors the 100th anniversary of Glenbard West High School…a.k.a the Hilltoppers! Look for the release of the beer in the coming weeks…around GBW homecoming I’d suspect!

It’s just the third such beer BK has made. The first was in conjunction with Open Outcry Brewing Company on the southside of Chicago. The beer, dubbed Soleret Double Dry Hopped Cold IPA, raised money for the Y-Me Organization that works to fund breast cancer research.


They also created a beer with Willowbrook’s Imperial Oak during Father’s Day weekend in partnership with the Brett Miller 1T Foundation to benefit the Male Breast Cancer Coalition.

I look forward to more kindness being spread, one beer at at time!

Check out more from Brewing Kindness here and here.