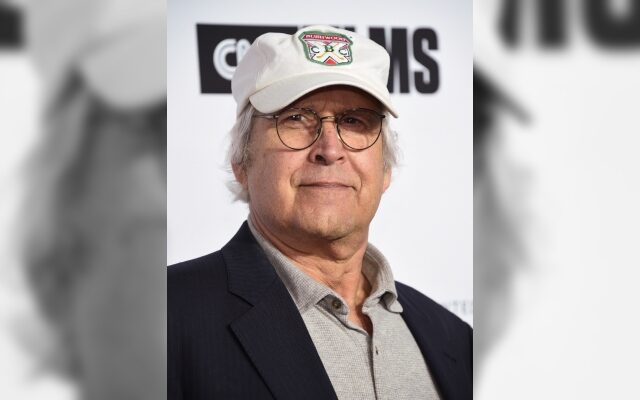 Chevy Chase was in town recently to pay homage to his classic movie Christmas Vacation!

To be honest, it was a bit hokey and awkward. Todd Graves isn’t the actor that Chase is (obviously), and all of the Christmas Vacation jokes felt forced, but hey, Chase seems to be playing along all in good fun (and cashing a paycheck, I’m sure)!

The festive display also hopes to raise money for local animal shelters by selling plush puppies that come in Christmas Vacation characters. Raising Cane’s is hoping to raise $400,000 with PAWS Chicago as one of the beneficiaries of the money raised in the area.

They actually did a whole big video campaign leading up to the actual plugging-in of the lights. Check it out!

The location that is displaying has more than 13,000 Christmas lights giving Clark himself a run for his money.

The display is intended for fans to come by the location to take all the pictures they desire.