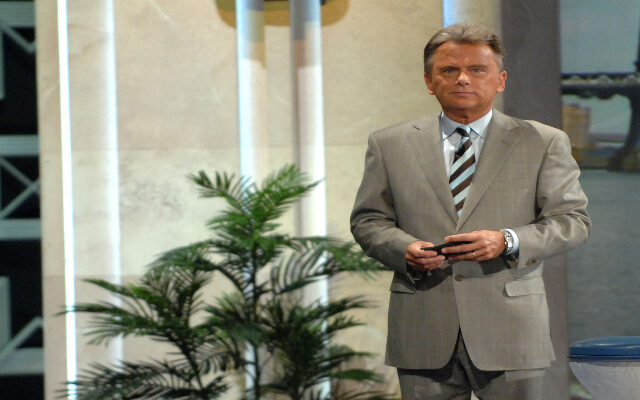 makes an apperance at Radio City Music Hall for a taping of celebrity week on "Wheel of Fortune" hosted by People Magazine. The taped shows will air the week of November 12 to celebrate the shows 25th anniversary in New York, Saturday, Sept. 29, 2007. (AP Photo/Peter Kramer)

PAT SAJAK may have mocked a contestant with a lisp on Monday’s “Wheel of Fortune”.

It happened during the introductions.  A guy named Chris Brimble was telling Pat what he does for a living, and Pat responded, quote, “I thee” . . . instead of “I see.”

If Brimble caught it, he didn’t say anything.  And he went on to win more than $12,000.  But Twitter is letting Pat have it. All you gotta do is search his name.

It’s possible that Pat was just trying to be funny with the “th” sound because he’d just said the word “myth”, but if that was the joke, it fell flat.

This Week in Science: Moon Buggies, Popcorn, and Your Earliest Memory

Led Zeppelin has a Frog named after them!

Which Parent is the better teacher when it comes to learning to drive?

20 hours ago
Connect With Us Listen To Us On