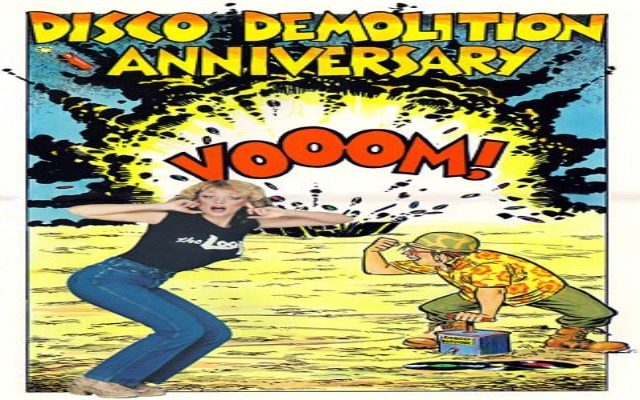 July 12th. Just another mid summer day and night unless you were at Old Comiskey Park 41 years ago. The Loop and Steve Dahl put on what many have called the greatest radio station promotion ever! Now, it’s been called a lot of other things too. Disco riot being one of my favs, but hey you could go see a White Sox doubleheader for $.98 and a disco record. That’s a pretty good deal, right!! And you’d get to watch Steve blow up a whole huge bin of disco records that people had use as part of their entrance fee. Much has been written and discussed about this wild and crazy night and I talk about it in my book ‘Doin The Cruise’: Memories From a Lifetime in Radio and Rock & Roll.

Dave Hoekstra has a great book on this as well. Dave Hoekstra’s Book “Disco Demolition: The Night Disco Died” 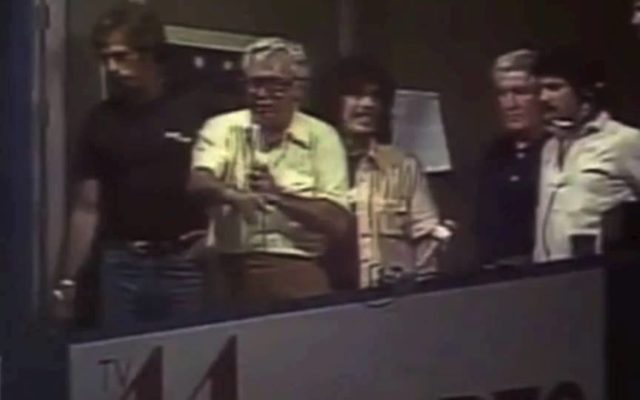 Me, Harry Caray and Russ “Albums” in the booth with Harry trying to get folks off the field by singing “Take Me Out To The Ball Game” and below is what he was dealing with! 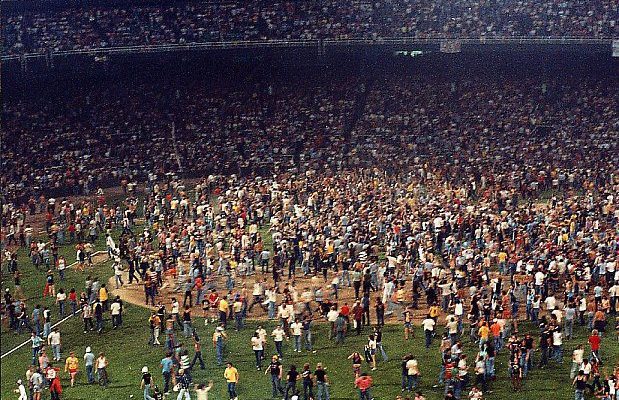