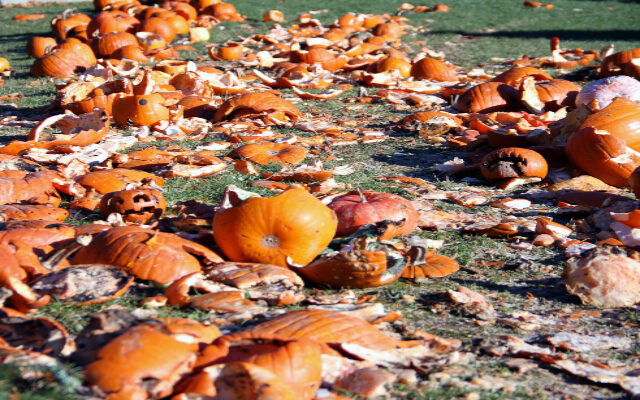 You may have seem a meme going around promoting the idea that tossing your old pumpkins into the woods for animals to eat is the best way to dispose of them.

It seemed rather odd to me that this would be a preferred method of gourd disposal. After all, we’ve all been taught to NOT feed wild animals. So…I went to the experts! I asked the Will County Forest Preserve District about the meme in question and if the practice is something to consider, or to ignore.

Here’s what they said:

The Forest Preserve District’s General Use Ordinance prohibits the feeding of animals and it also bans anyone from depositing “trash, rubbish, paper, garbage, refuse, debris, or junk” in the preserves (which would include food refuse) as well as seeds (including pumpkin seeds) from an outside source. Anyone who does so would be ticketed.

Leaving food out for animals, no matter what location, is discouraged. Here is advice from the USDA: “Feeding leads to public health concerns. Too many animals in one place increases the chance of disease transmission to people and among other wildlife. Animals accustomed to people often lose their fear of people and can become aggressive. Those that become too aggressive may have to be destroyed to protect people and property.”

The USDA’s Animal and Plant Health Inspection Service has more to say about feeding wildlife.

The Will County Forest Preserve District has actually written about how leaving food waste out in nature before and says it isn’t as benign as we may think.

“If animals don’t eat the food waste, decomposition will likely take much longer than you expect,” according to the Facebook post from Glacier National Park. “Some fruit products can take years to decompose depending on the environment they are in!”

And that’s not all. There are actually plenty of reasons to make sure all your food waste is properly disposed of instead of just leaving it behind after a snack break. To start, it isn’t good for the wildlife. Glacier National Park staff use the example of tossing a partially eaten apple out the window of a car. An animal may find it and eat it, learning that searching along roadways is a good place to forage for food. This, of course, increases the likelihood the animal will be struck by a vehicle.

Instead of tossing pumpkins in the woods, there are many pumpkin disposal events around the area, like this one at the Plum Creek Nature Center in Beecher. For something closer to you, check your county’s forest preserve district. Some are more eventful than others! 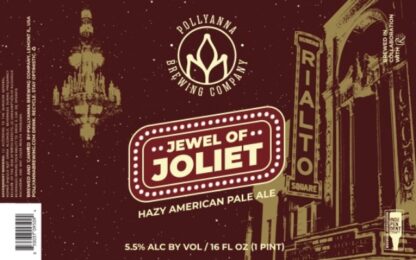