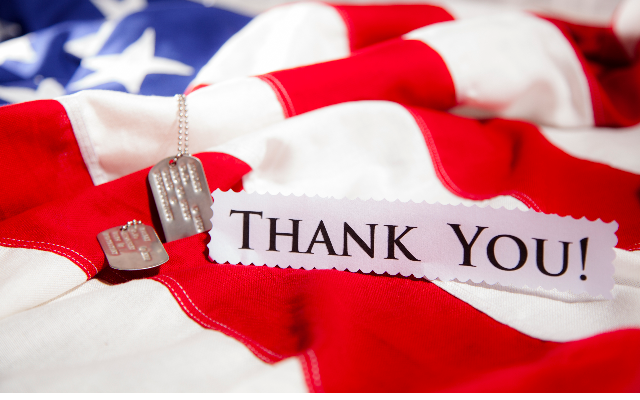 It’s Veterans Day!  But a recent survey revealed that our overall knowledge of the military and veterans is pretty low.  Here are five big things people got wrong . . .

1.  Only 14% of Americans knew how many branches there are in the U.S. military.  There are six branches . . . the Army, Marine Corps, Navy, Air Force, Coast Guard, and the new Space Force.

2.  Most Americans believe anyone who serves in the military is a called a “soldier.”  But soldiers are only in the Army.  The other five branches are Marine Corps, referred to as Marines . . . the Navy, Sailors . . . Air Force, Airmen . . . Space Force, Guardians . . . and Coast Guard, Coast Guardsmen.

3.  The majority of Americans have no idea what percentage of the population has ever served in the U.S. military. According to the VA, there are around 19 million U.S. military veterans, or about 7% of the American adult population.

5.  Nearly 7 out of 10 Americans answered “not sure” when asked how many service members leave military service and transition to civilian life each year.

Every year, approximately 200,000 men and women leave U.S. military service and return to life as civilians, according to the U.S. Department of Labor.