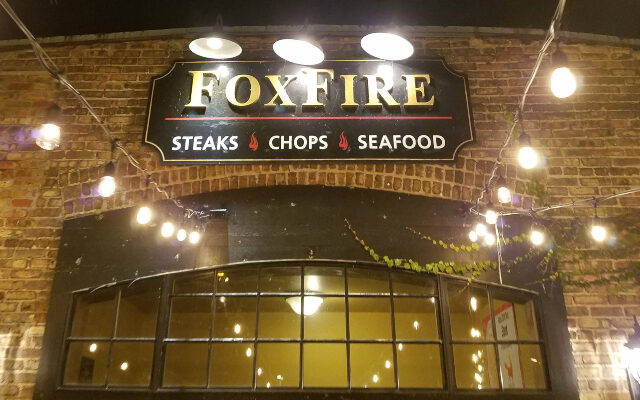 You hear me talk about Foxfire nearly every single day. Sure, I’m a paid endorser, but I wouldn’t be if I didn’t think what they do there on State Street in downtown Geneva is amazing. Maybe you think I’m blowing smoke?! Well, don’t take my word for it then!

Not only has my guy KC – the owner and head chef – been written up in magazines and asked to cook on television (as you can see in that WGN clip above), but now his restaurant has been grouped with the likes of Gibson’s and Chicago Cut as one of the top five steakhouses in the state!

OnlyInYourState.com has come out with their top 5 steakhouses in Illinois, and Foxfire is one of them. I’m not surprised. The Pittsburgh Style ribeye is magnificent, as is their pork and seafood offerings. Pair that with the charm of being in a building dating back to the early 1900s and a staff who caters to you like their own family, and you’re bound to rake in the accolades!

Check it out for yourself!

And if you think steak is the only reason to go to FoxFire…think again, hombre. Their burgers are awesome, their wine list is killer, their cocktails are creative and the local beer is plentiful. Besides the food and drinks, KC and FoxFire (along with sister restaurant Copper Fox, check it out!), is SUPER involved in the community. We took food to front line workers during the pandemic, and even recently, they fed the Geneva HS football team!

There are a million reasons to eat at FoxFire. Pick one and go!