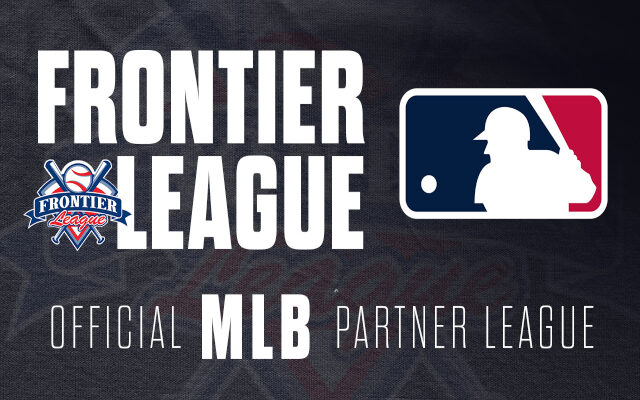 Some HUGE news for our local Frontier League baseball clubs the Joliet Slammers and Schaumburg Boomers!

The Slammers and Boomers are members the Frontier League, a Professional Baseball League of 14 teams throughout the US and Canada. They announced today that they are now a Partner League of Major League Baseball (MLB).

“We welcome the Frontier League as a Partner League and look forward to working with them toward our shared goal of expanding the geographic reach of baseball,” said Morgan Sword, Executive Vice President of Baseball Economics & Operations, MLB.

“The Frontier League is thrilled to become an official Partner League with Major League Baseball, signifying perhaps the greatest watershed moment and milestone in our League history to date,” said Bill Lee, Commissioner of the Frontier League. “Needless to say, this new association enables us to extend the fan experience and expand the great game of baseball in all of our markets in the United States and Canada.”

“We are very excited about the League’s partnership with MLB” said Slammers’ Majority Owner Nick Semaca.  “It is a clear recognition of the strength of the Frontier League and we look forward to bringing the benefits of the partnership to Joliet”.

BIG NEWS!!!!! MLB just announced the Frontier League will be a Partner League! Check out the Press Release for details and stay tuned for more information!https://t.co/vF1p2mT4VJ pic.twitter.com/46qy975EG1

The Frontier League, as a designated MLB Partner League, enables us to collaborate with MLB to jointly discuss marketing and promotional initiatives to grow, expand, and enhance the game of baseball.

The MLB announced yesterday the same agreement with the American Association and Atlantic League.

This is huge simply in terms of legitimacy and publicity! I feel people don’t hold Frontier League ball in high enough regard, but now with the stamp of approval from the MLB, hopefully that means more demand to play for FL teams and more butts in seats for Frontier League games!