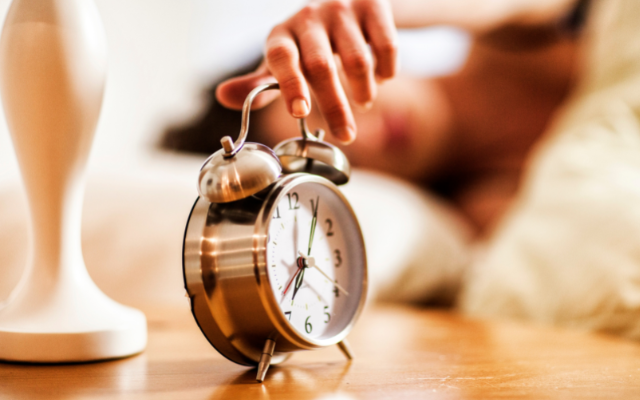 I hit the snooze button 2-3 times a day.  I had heard it wasn’t good for you but some smart people disagree.  Read on.

Did you hit snooze on your alarm this morning?  A recent poll found we’re most likely to do it on a Wednesday.  And a new study says it might not be as bad for you as some people think . . .

The general thought is you’re better off setting your alarm for nine minutes later and not hitting snooze at all.  That way, your sleep doesn’t get interrupted.

But researchers at Notre Dame found it might not make a huge difference either way.  So if that’s how you like to wake up, don’t worry about it too much.  And you’re not alone.  57% of people in the study were habitual snoozers.

Now the bad news:  They basically found that using an alarm AT ALL isn’t great.  Ideally, you should be going to bed earlier, so your body wakes up naturally.

They found that people who do use an alarm tend to be more sleep-deprived in general, which isn’t shocking.  Here’s how they summed it up . . .

Quote, “Waking to one alarm . . . or hitting the snooze button and waking to two or three alarms . . . doesn’t make much of a difference.  If you need an alarm because you’re sleep-deprived, that’s the issue.”