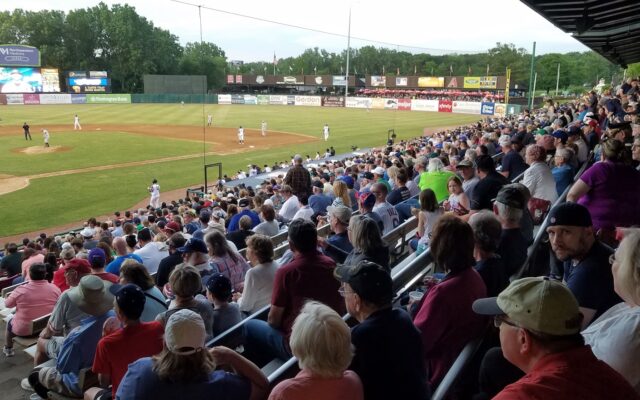 The Kane County Cougars released a few end-of-season numbers yesterday to recap a successful 2022 campaign that saw their first every playoff victory since 2014!

Nearly 13 million fans have attended games since the club moved to Kane County in 1991. For the second year in a row, the Cougars had the highest average attendance, 5,068, of any of the five MLB Partner Leagues which includes the American Association [Kane County Cougars (Geneva), Chicago Dogs (Rosemont)], the Frontier League [Schaumburg Boomers, Joliet Slammers, Windy City Thunderbolts (Crestwood)],  The Atlantic League and the Pioneer League. The Cougars also rank 30th with you include the other 120 Minor League teams across the country! That is all to say we love our baseball here in the ‘burbs!

Having the largest stadium of any team in those leagues helps as well. Northwest Medicine Field can hold just shy of 11,000.

And boy, do Cougars fans know how to EAT! Take a look at these impressive statistics:

And don’t forget one live radio broadcast to promote the importance of donating blood!

If you’d like to dig a bit more into some numbers, check this out.

We’ll see you at the ballpark next year! Opening Day at NWM Field in Geneva is May 11th…a thirsty Thursday! See you there!