I Saw The Beatles 53 Years Ago Today!

I’m in the music business and have been for almost all of my adult life. The magic of music is so deep! The same songs can emote many different things to different people. The memories, the experiences, the relationships, the good times, the friendships, love, breakups, renewals….I could go on but I think you’re probably doing some remembering right now as well. I hope so! The musical memory that I am remembering and returning to happened 53 years ago today in Cleveland, my home town. Sunday August 14th and The Beatles were coming to town to do a concert at Cleveland Municipal Stadium. I’d been there many times to watch the Browns play as well the Indians, but this was a first for me in that venue. I’d seen The Stones about 7 weeks before at the Cleveland Arena  (my first concert) but this event was bigger thrill! The Beatles opened with Chuck Berry’s “Rock n Roll Music”, did “She’s A Woman”, “If I Needed Someone” and started into “Day Tripper” when many fans jumped over the fence and the barriers and headed straight for the stage (shades of “Disco Demolition” 13 years down the road). The Beatles stopped and headed back stage to await some security measures. I talk about this experience in my book: “Doin The Cruise” Memories from a Lifetime in Radio and Rock & Roll. After a 30 minute delay in the show dues to fans rushing the stage, The Beatles dropped “Baby’s In Black” from the set list and performed “Rock And Roll Music a second time instead to restart the concert.  Even with the 30 minute delay the show was not much over a hour and fifteen minutes in length. Remember those early Beatles songs were mostly two and half to three minutes long. Now here’s the thing, think of any times you’ve seen footage of The Beatles performing….Ed Sullivan, Shea Stadium or where ever! What was the the one things that was always a constant. The screaming girls. We were right by the side of the stage and we could hear The Beatles playing, but the screaming was so loud you had to wade through that to decipher any music. Now I said at the beginning of this piece that music brings back memories and my Beatles experience was truly once in a lifetime. Remembering those days also reminds me of how close my two pals, Larry and  Craig and I were back then. We were the three musketeers, inseparable, but as in any life time waits for no one. I moved to Chicago, I have lost track of Larry and just a couple of years ago I found my buddy Craig on Facebook, living in Texas. Our lives have taken different turns, but we still have that Sunday evening in Cleveland in 1966. Those kind of memories live forever and it’s the music that brings them back so vividly. Happy Anniversary Guys!

Click Here for some videos from that magical day. 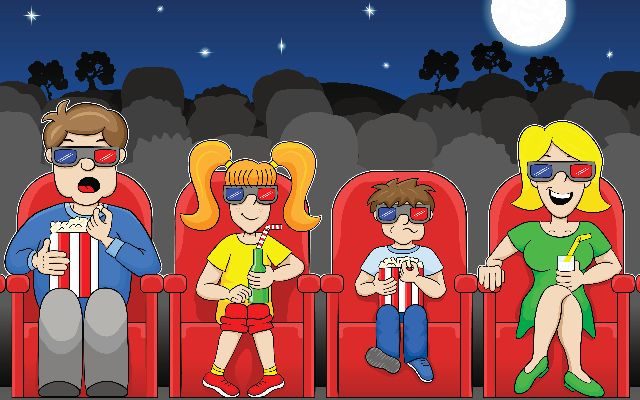 Relive Great Memories with a Celebration of this Iconic Chicagoland Movie

11 hours ago
Nick Wants Your Opinion
Sorry, there are no polls available at the moment.