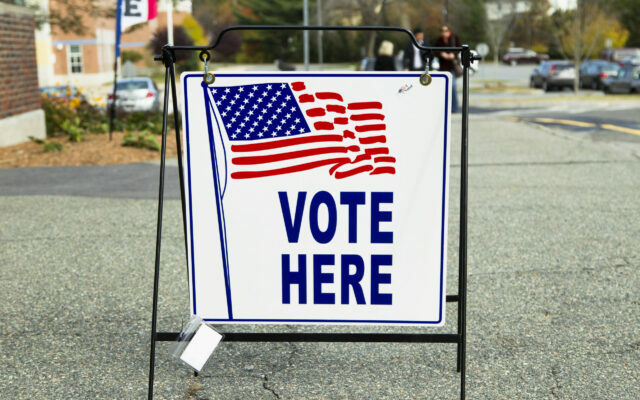 An election polling place station during a United States election.

I never really ask anyone who they voted for…Some people that I know real well don’t have to tell me, I know them.

If someone asked who you voted for yesterday, would you tell them?  Or do you keep that information close to the vest?

A new poll found one in seven Americans never tell ANYONE who they voted for, including friends and family.  14% said never, and another 17% said rarely.

That’s almost one in three people who don’t like talking about it, or refuse to.  Meanwhile, 35% of us would talk openly about it.  Everyone else said it depends.

Independents are the most likely to say they don’t like revealing who they cast votes for.  37% said they rarely or never do.

Here’s one more stat from the poll that we found interesting:  Younger voters don’t think anyone really cares if they voted yesterday or not.  (???)

People were asked what their friends and family would think if they found out they didn’t vote.  And only 29% of people under 30 think they’d be shamed for it.

26% think their friends and family would actually APPROVE of them not voting.  Another 26% said they wouldn’t care either way.