Javy Baez Has a Message for Booing Mets Fans 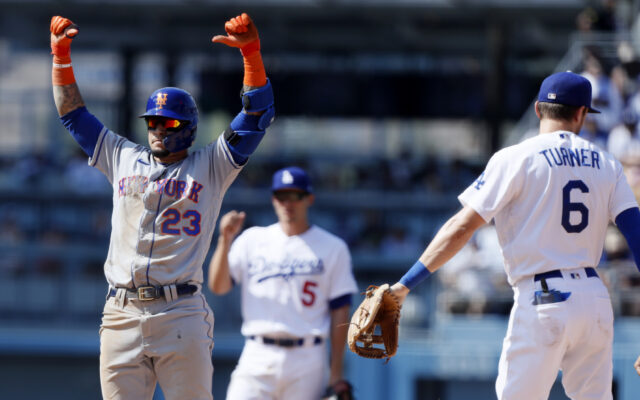 The Mets are in a pretty bad slump, and in typical New York fashion, the fans are starting to boo them.  Well, the players are fighting back.

The players have begun giving the thumbs down sign whenever they get a hit, just to give the fans a taste of their own medicine.

JAVIER BAEZ explained, quote, “It just feels bad when . . . I strike out and get booed . . . I want to let them know that when we’re successful, we’re going to do the same thing to let them know how it feels.”

He added, quote, “I play for the fans and I love the fans, but if they’re going to do that, they’re just putting more pressure on the team and that’s not what we want.”

“I play for the fans and I love the fans but if they’re gonna do that, they’re putting more pressure on the team” pic.twitter.com/cjUER4M2Pt

Unfortunately, this “celebration” might not last much longer.  Mets president Sandy Alderson issued a statement last night saying, quote, “These comments, and any gestures by him or other players with a similar intent, are totally unacceptable and will not be tolerated.”

“Fans at Citi Field have every right to express their own disappointment.  Booing is every fan’s right.”

Come on, Javy! Even though he’s right, he’s got to know at this point that attacking the fans will not end well. He knows better than that!