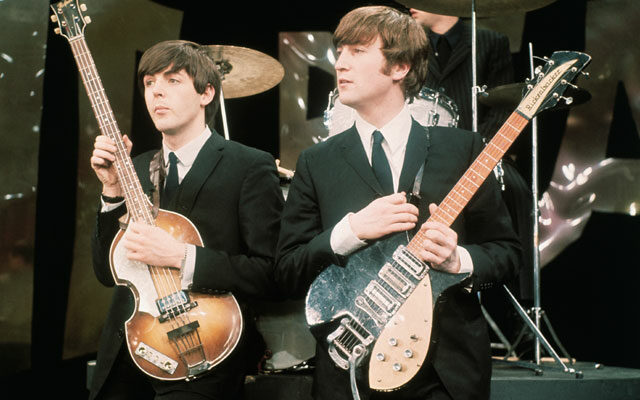 So April 23rd. Not a day you would look up and find any earth shaking news, other than this IS the date, in 1971, that the Stones released Stick Fingers. One of the greatest albums of all time and the first album on their own new label, but I’m thinking more the other British act that had such an affect on us all. The Beatles and specifically John Lennon and Paul McCartney. Something happened that day 11 years earlier than the Stones release, April 23rd, 1960. It is something that only happened once. The Cavern Club in Liverpool, the Star Club in Hamburg and Shea Stadium in New York are all landmarks in the legacy of The Beatles. But now a new venue has to be added to the list: the Fox and Hounds pub in Faversham. The little-known tavern on the edge of Reading, Berkshire, is the place where, on Saturday, April 23, 1960, John Lennon and Paul McCartney played their only gig as a two man act, calling themselves The Nerk Twins in front of an audience of just three people. In Liverpool, a nerk is a derogatory term for somebody completely without street cred, but this place has real creds as where John and Paul cemented their musical partnership. The unlikely performance happened because Mike’s wife Betty who was Paul McCartney’s cousin. Mike was the pubs manager. The lads had been working behind the bar during Easter holiday when Mike said that they should play there on Saturday night. So they made their own posters and put them up in the pub: “Saturday Night:  Live Appearance:  The Nerk Twins”. John and Paul had been playing together for years with George and others under a variety of names, including The Quarrymen, The Beatals, The Silver Beetles and just a few months after the Fox and Hounds gig, The Beatles. Although the gig seemed to be just a couple of lads with guitars singing to little reaction, Paul credits the pub session for giving him and John a crucial lesson in creating the Beatles stage act that would make girls scream around the world. I’m ready!! Get me into my Wayback Machine.