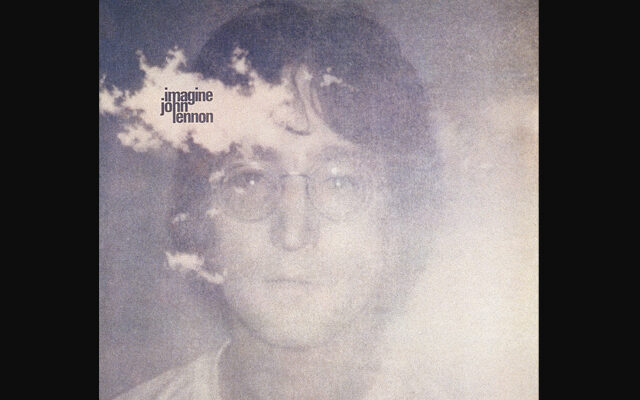 I have long stated that I believe 1971 is truly the greatest year in the history of Rock n Roll music. I believe that because of the increadable music that was turned out that year by so many artists. Here are just some of the spectacular albums that were released in 71′…Stones: Sticky Fingers, The Who: Who’s Next, Led Zeppelin lV, Marvin Gaye: What’s Goin On, Joni Mitchell: Blue: Doors: LA Woman,  Carol King: Tapestry, Jethro Tull: Aqualung, Allman Bros; Live at The Fillmore, Paul Mccartney: Ram, Black Sabbath: Master of Reality, The Yes Album, Joplin: Pearl, Rod Stewart: Every Picture Tells a Story, Elton: Madman Across The Water. There of course are many more including an album released on this date in 1971: John Lennon’s Imagine. His second solo record, Imagine, became his first No. 1 solo album. But Rolling Stone‘s Ben Gerson was unimpressed. “On the evidence of Imagine, I don’t think John has resolved the manner in which a masterpiece and an artistic dead-end like Plastic Ono Band can successfully be followed,” “In its technical sloppiness and self-absorption, Imagine is John’s Self-Portrait. Critics hmmmmm. Imagine contains some of John’s most memorable songs of his solo career, including, Jealous Guy, Gimme Some Truth, Oh Yoko!, and of course, the title track, Imagine. Interesting because I don’t believe there’s a lot of agreement with that Rolling Stone review and John’s younger son Sean who was born 4 years after the album was released and who is a a musician himself  says his father’s song  Imagine passes a test most political songs can’t. “Frankly, most songs that try to be political and fail because they feel “preachy, you feel like you’re being condescended to.” But Sean believes his dad “nailed it” with Imagine. “I think there’s a sense, at least in his voice, that we’re listening to somebody who isn’t naive and isn’t saying these things from a kind of arrogance or ignorance,”  “It sounds like somebody who thinks deeply, but is speaking simply. And I think there’s a power in that.” So 1971 a fabulous year for Rock n Roll Music and of course a Very Happy 50th to John’s Imagine.