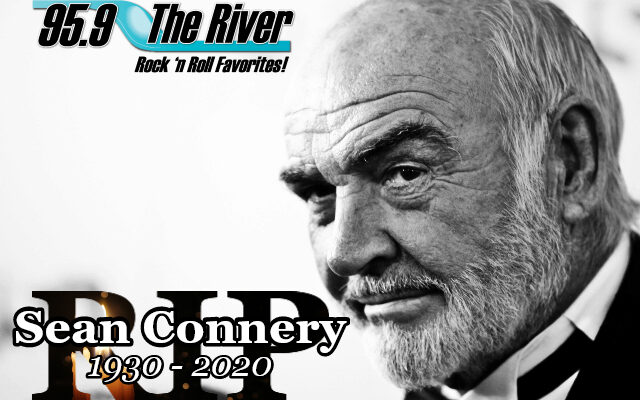 The legendary SEAN CONNERY died in his sleep on Halloween morning.  He was 90 years old.  There’s no official cause of death, but his son said he’d been “unwell for some time.”

And yesterday, his wife revealed that he was suffering from dementia in his final years.  She said, quote, “I was with him all the time . . . it took its toll on him.  He got his final wish to slip away without any fuss.

“It was no life for him.  He was not able to express himself [recently].”  He will be honored in a private funeral ceremony, with a memorial to follow.

Connery is most famous for being the first to play James Bond on the big screen.  That was “Dr. No” back in 1962.  He also starred in the Bond movies “From Russia with Love”, “Goldfinger”, “Thunderball”, “You Only Live Twice”, and “Diamonds Are Forever”.

He later played Bond in the 1983 movie “Never Say Never Again”.  It was based on the novel “Thunderball”, but was NOT produced by Eon Productions, which has done all 25 movies in the main Bond movie series.

Interesting Fact:  Connery’s wife suggested the title “Never Say Never Again”, because after making “Diamonds Are Forever”, Sean vowed to never make another Bond movie.  But, 12 years later, he agreed to do this one.

His role in “The Untouchables” landed him an Oscar for Best Supporting Actor . . . and on a less serious note, “People” magazine voted him both the “Sexiest Man Alive” in 1989 and the “Sexiest Man of the Century” in 1999.

One last note:  Before he was famous, Connery made ends meet as a NUDE MODEL in his early years.  Around that time, he also did some bodybuilding, and competed in a “Mr. Universe” pageant, where he came in third.

Connery isn’t the first Bond actor to pass away.  ROGER MOORE died of liver cancer three years ago at the age of 89.  And DAVID NIVEN, who played Bond in the 1967 satirical spy film “Casino Royale”, died in 1983.

Here are some highlights of Connery playing Bond, here’s another compilation, here’s Connery on “Carson” in the early ’80s, and Part 2 of that.  And a fun appearance he did on “Leno“.