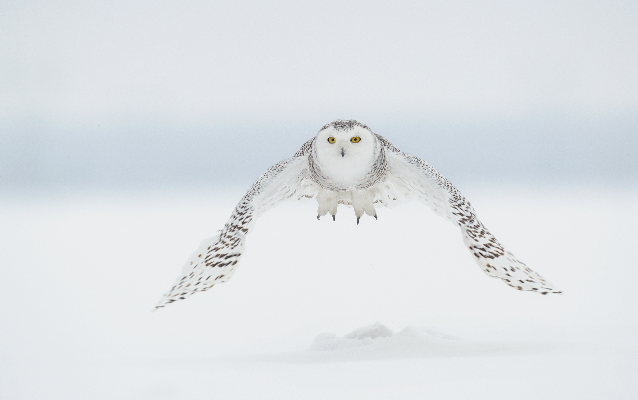 Hi this is Leslie Harris, and if you’ve ever watched any of the Harry Potter movies, you know that Harry had a pet owl named Hedwig. Hedwig was a beautiful white owl, also known as a snowy owl. Did you know that snowy owls are spotted in Illinois every year?

According to the forest preserve district of Will County, the owls usually arrive around November. It’s hard to know how many owls will be migrating, because the numbers vary from year to year. They usually stay in the area until March.

While it is rare to spot a snowy owl, one advantage is that they are diurnal, meaning that they’re active during the day, while most owls are nocturnal. This could be explained by the fact that there is 24 hours of daylight during part of their breeding season in the Arctic.

You’re most likely to see a snowy owl while looking up, but they also spend time on the ground. Look for irregularities and oddities among the snow, which might actually be an owl.

If you do spot a snowy owl, be sure not to disturb it in any way, including bird calls or trying to flush it out. If you do take photographs, be sure to be respectful and not use a flash, and If you have photos of snowy owls, please share them with us!

You can find out more about snowy owls HERE