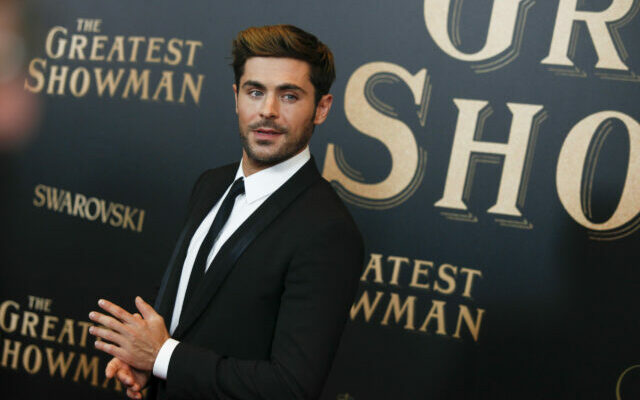 Zac Efron attends the world premiere of "The Greatest Showman" aboard the RMS Queen Mary 2 on Friday, Dec. 8, 2017, in New York. (Photo by Andy Kropa/Invision/AP)

And he REALLY beefed up for the part. A picture from the set shows him looking bigger than ever. Not quite as cut as he was in “Baywatch”, but a lot more intimidating.

Zac was happy not to be as sculpted, because his fitness routine for “Baywatch” left him in a deep depression.

He said, quote, “That look, I don’t know if that’s really attainable. There’s just too little water in the skin. Like, it’s fake; it looks CGI’d. And that required Lasix, powerful diuretics, to achieve.

A post shared by Perched On The Top Rope (@perchedonthetopropepodcast)