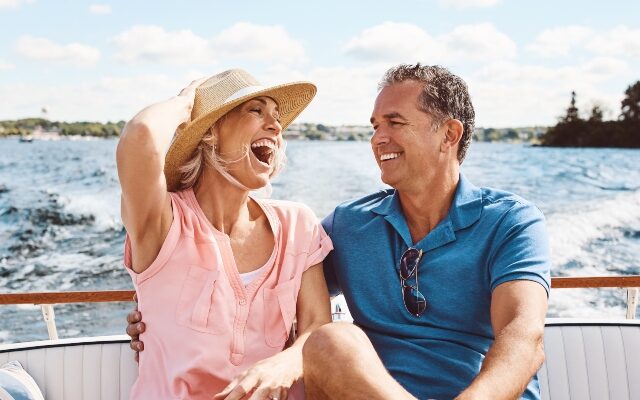 Try this, guys: Tell your wife a bad joke, and see if she laughs anyway. And if she does, thank her for it . . . because it’s part of the delicate fabric that’s been holding your relationship together.

A new study found men tend to be happier in relationships if they think they’re the FUNNY ONE.

Researchers talked to 150 couples who’d been together an average of seven years, and asked how happy they were.

They also asked about the role that humor plays in their relationship . . . things like how often they joke around, and how funny they think the other person is.

And in general, men are happier if they at least THINK their partner sees them as the funnier of the two.

The study also found humor is important in general, and the average guy actually laughs at his wife’s jokes just as much as she laughs at his.

But secretly, men think they’re slightly funnier, and they hope their wife agrees.