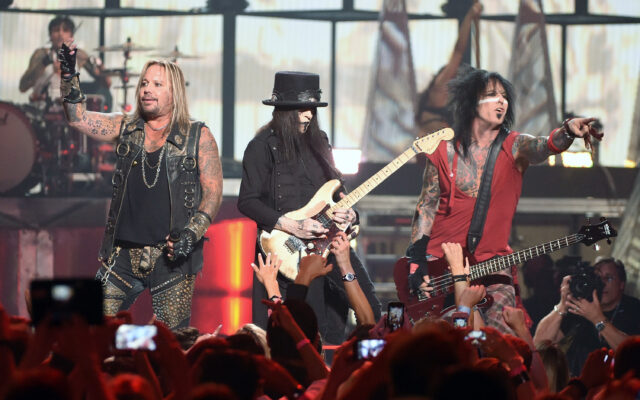 The full event will take place August 26-28 at the new venue at 1010 Station. In fact, VetFest is set to be the first big event at the new venue, located off Orchard Road. Buying one ticket to the event also buys entry for a veteran, current military personnel, first responder or frontline medical professional.

Even though Vince Neil has not released solo music in a while, you can expect him to perform some Mötley Crüe (Girls, Girls, Girls and Dr. Feelgood, to name a few).

VetFest 141 Foundation organizes the event to raise money for local charities that focus on supporting veterans, as well as Oswego School District 308.

Other than Vince Neil’s performance on Sunday… The Man in Black (a Johnny Cash tribute) will perform on Thursday night, LOCASH (a country band) will headline the festival Friday, and local favorites 7th Heaven will close out the event Sunday.

To find more information and purchase your tickets, go HERE.