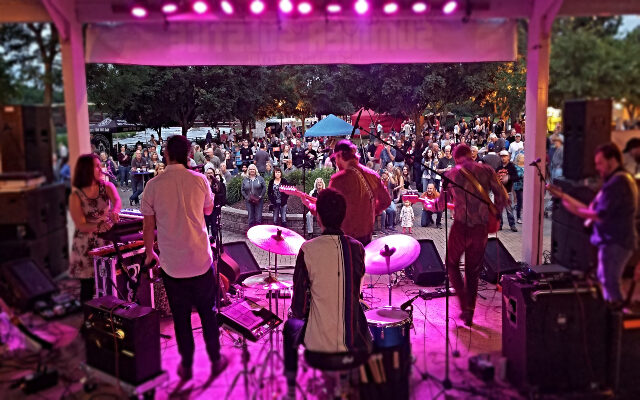 Oh yes, friends. One of my favorite festivals of the year is locked and loaded!

Taking place on the banks of the Fox River in downtown Yorkville, Summer Solstice has been a favorite of mine since I attend my first one six years ago. It features independent artists (both national touring bands and local artists) in a variety of genres, mainly folk, rock, blues, country and every combination of the above!

You may not know the acts when you walk in, but you’ll be a fan of many when you leave! Here’s the music schedule with a bit of a taste on what you can expect!

As noted in the following Facebook post, weather could be an annoyance, but nothing we’re not used to! That’s why God gave us two hands…so we can hold an umbrella while we drink our beer. In the event things get a bit more wet than we hope, then we all head to the Law Office Pub for indoor fun!

I also love how they work the beer releases! They will have a truck pouring beers of all styles, but they also have a secret stash of special, limited-volume kegs they release one-by-one throughout the night. Take a look at some of these BANGERS!!!

The gates open at 5:00 on Friday, but I’ll be out there broadcasting live starting at 3:30 and going until the first act hits the stage!

Scotty Mac will be there Saturday night at 5:00 as well!

Hopefully we’ll see you down by the river in Yorkville!