New “Stolp Island Theatre” to be Built in Downtown Aurora 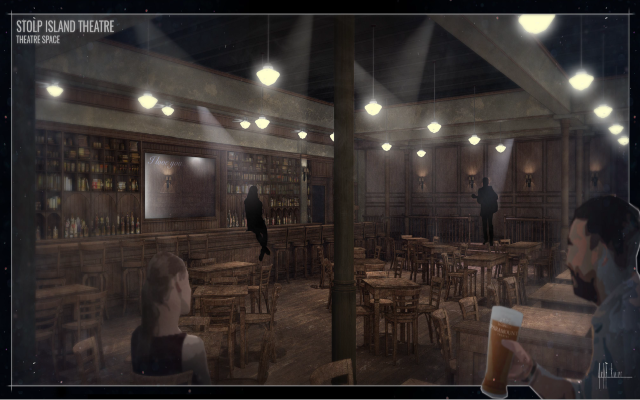 Aurora Mayor Richard Irvin announced that Aurora will be the site of a new live performance venue!

According to a press release, the people behind the Paramount Theater and River Edge Park will also be taking the lead behind the scenes at the soon-to-be Stolp Island Theatre which will be located at 5 Downer Place which is at the intersection of Downer and Stolp.

It should seat around 100 people covering 6,000 square feet, and by the looks of the renderings, should be a very intimate space.

There are plans to hold around 400 shows a year with the first being announced by Paramount leadership later this month. The first performances are expected to be in the summer of 2022.

I love seeing new business opening up, especially one that will bring back live music, and presumably other performances. Very cool news for downtown Aurora! 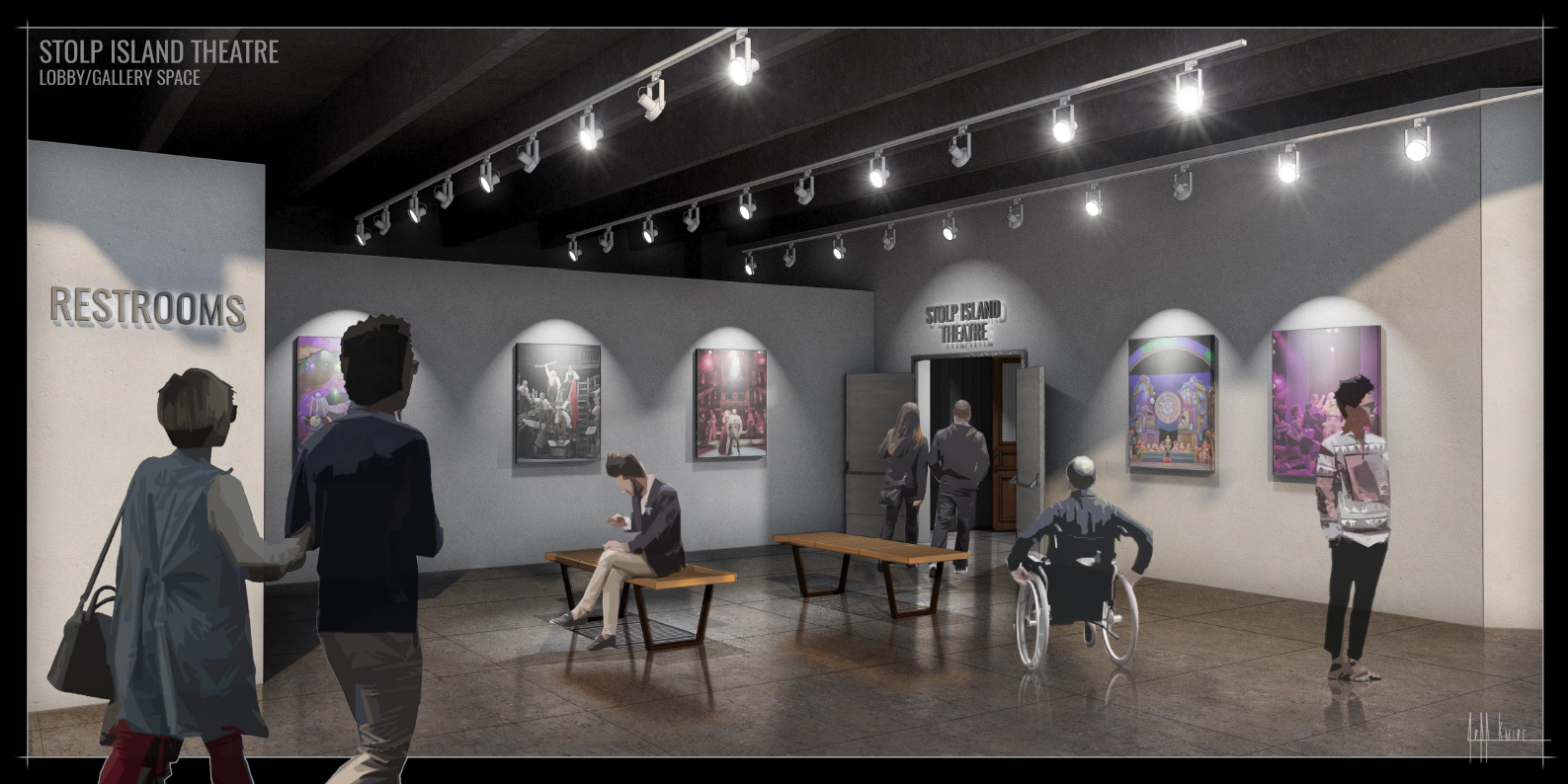 Aurora, Ill. (April 2, 2021) – Mayor Richard C. Irvin and Paramount Theater announce that the Stolp Island Theatre will be downtown Aurora’s next live performance venue thanks to a multi-year funding commitment from Verano Holdings Corp. (CSE: VRNO) and its Zen Leaf cannabis dispensary brand. The Theatre will provide an immersive performance experience for guests. The riverwalk-adjacent location will open for performances in summer 2022.

“The Stolp Island Theater will be another live-performance amenity in the heart of downtown Aurora bringing jobs, patrons, economic opportunity, and entertainment into our community,” said Mayor Irvin. “For years, the Stolp Island Theatre was just an idea, but through the generosity of Verano and Zen Leaf, the City is taking this idea from concept to reality. The team at the Paramount is hard at work to stage a first-class show that will be an experience unlike any other in the area.”

Paramount officials intend for the approximate 99-seat,6,000 square-foot theater to offer an intimate, immersive experience for patrons. Throughout the performance, the audience will become part of the show, interacting with the actors, musicians, and other audience members around them.

“We founded Verano to bring individuals of every age, background, and experience together through the health, wellness, and happiness that legal, regulated cannabis provides. Bringing the community together through the performing arts aligns with our values, and Zen Leaf is grateful for the opportunity to help the City of Aurora bring this cultural amenity to life,” said Sammy Dorf, co-founder of Verano. “There is something special happening in downtown Aurora, and we’re honored to support this community-wide rejuvenation.”

Paramount officials plan to announce the Theatre’s first immersive show in the coming months. Officials expect to produce more than 400 performances annually. According to officials, the new venue will add

$3.3 million to Aurora’s annual economy by inducing spend by guests and attracting out-of-town guests to the downtown area.

“This has been a challenging year for the performing arts industry, but our shutdown reinforced how important cultural amenities like the Paramount, Copley, and RiverEdge Park are to improving the quality of life for the community,” said Tim Rater, president and CEO of the Paramount Theater. “We are thrilled that through a partnership with the City and the philanthropy of Verano, we will add another first-class performing arts experience. Aurora already has the best riverfront downtown in Illinois, and the Stolp Island Theatre will be another defining destination in the years ahead.”

About the City of Aurora:

The City of Aurora is the second-largest city in the state of Illinois. Founded in 1847, Aurora is one of the first cities in the country to use electric street lights, earning the moniker ‘City of Lights.’ In addition to our storied history, beautiful architectural and cultural diversity, under the leadership of Mayor Richard C. Irvin

and the Aurora City Council, Aurora is powering up investment in infrastructure and technology at unprecedented rates, making it now the ‘City of Light Speed.” Right now is an amazing time to live, work and be entertained in the City of Aurora. Learn more at www.aurora-il.org.

Paramount Theatre, 23 E. Galena Blvd., is the center for performing arts and education in downtown Aurora, the second largest city in Illinois. Since 1931, the beautiful, 1,843-seat theater, graced with a strong 1930s Art Deco influence and original Venetian décor, has been downtown Aurora’s anchor attraction. Since launching its own Broadway Series in 2011, Paramount has amassed more than 41,000 subscribers, making it the second largest subscription house in the U.S. Today, Paramount Theatre is nationally known for its high-quality productions, superb acoustics and historic grandeur.

Although Verano has attempted to identify important factors that could cause actual results, performance or achievements to differ materially from those contained in the forward-looking statements, there can be other factors that cause results, performance or achievements not to be as anticipated, estimated or intended, including, but not limited to: dependence on obtaining regulatory approvals and satisfaction of conditions to closing; investing in target companies or projects which are engaged in activities currently considered illegal under U.S. federal laws; change in laws; limited operating history as a public company; reliance on management; requirements for additional financing in connection with Verano’s growth plans;

the availability of employees; market acceptance of and demand for the Company’s products; the impact of COVID-19 on the Company’s operations; competition; and regulatory or political change.