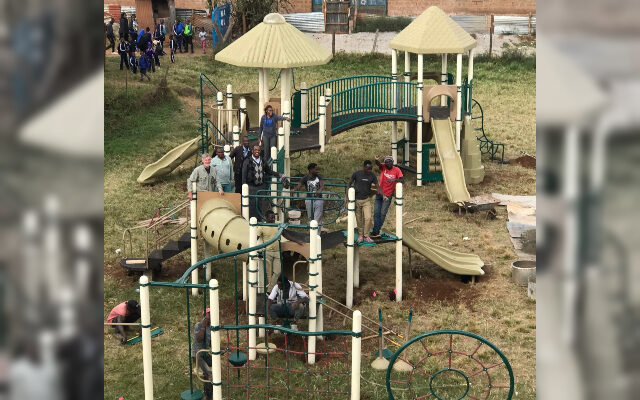 Today we have another story about items that have been retired here being used for good elsewhere.

The Plainfield Park District recently shared a photo of a park recently erected Nairobi, Kenya. That park once stood at Plainfield’s Eaton Preserve just two years ago! Eaton Preserve was renovated, which included a new playground for kids, but the old park is seeing new life in Africa!

The playground transfer was completed by Kids Around the World, a Rockford-based faith based organization that works to aid kids all over the world in many capacities, one of which is their “playground projects.”

Yesterday I posted a story of an ambulance from the Addison Fire Department being donated to Ukraine! Looks like they had a bunch of people sign it during Rock N Wheels last night! We hope it serves the people of Ukraine well!