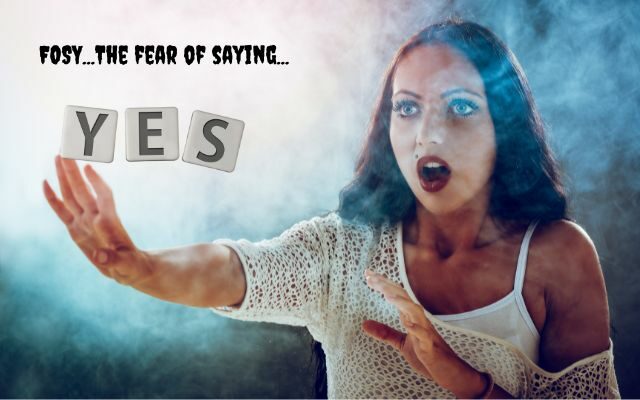 Do you have FOSY?  The Fear of Saying Yes…Check out the symptoms below.

According to a new survey, more than half of adults have dealt with FOSY, when they’ve decided against doing something that they actually WANT to do.

37% of people say they’ve been afraid to say yes to things due to financial concerns . . . and another 37% are afraid due to “a lack of confidence.”

It might sound like this is the OPPOSITE of FOMO . . . but it really isn’t.  The opposite of FOMO is being in control of your own happiness and decisions, and not constantly worried that you’re missing out on something better.

FOSY is actually similar to FOMO, because some of the people who say they were afraid to say yes believe that they “missed out on making new friends” . . . “avoided asking someone on a date” . . . and were “held back from trying a new hobby.”  Sounds like a lot of regret over “missing out.”