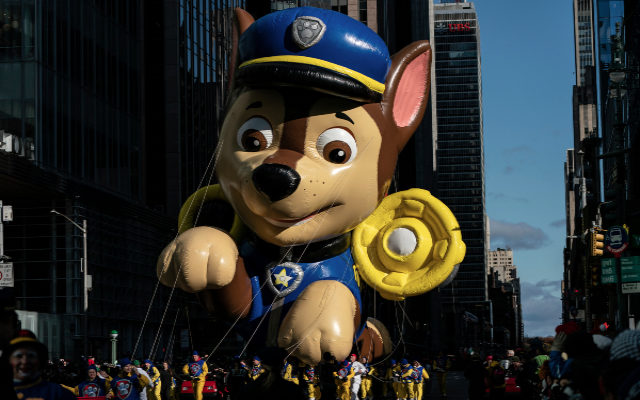 Everyone is re-examining how TV shows should depict the police . . . and both “Cops” and “Live PD” have been outright canceled.  So, is Nickelodeon’s “Paw Patrol” next???

The show’s Twitter recently went dark for several days, in order to, quote, “give access for Black voices to be heard.”

That led to an online “protest” against “Paw Patrol”.  The “New York Times” even mentioned it in an editorial on Wednesday.

To be clear, the campaign to cancel “Paw Patrol” is a JOKE.  Even the “Times” admitted it.  But people are taking it seriously, including Senator Ted Cruz and Eric Trump, who were both upset by the idea of a world without “Paw Patrol”.

But to bring you up to speed on this insane “controversy”, there is no legitimate effort to cancel “Paw Patrol”.  Yet.  (???)

However, something that could very well get the hook is Disney’s Splash Mountain.

The ride has been a staple at both Disneyland and Disney World since 1989.  The problem is, it’s based on “Song of the South”, a 1946 film so racially troubling that Disney refuses to release it in any form.

There are now several online petitions to re-theme Splash Mountain.  One of them calls for it to be based on “The Princess and the Frog”, the first Disney film with a black princess.

Of course, there seems to be just as many petitions demanding that Splash Mountain be kept the way it is!