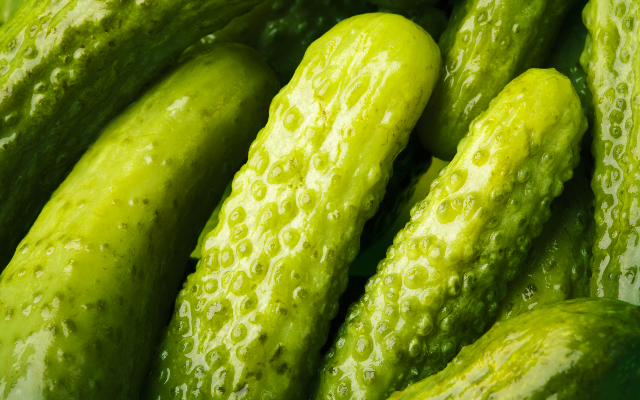 Hi, it’s Leslie Harris, and I love a good dill pickle, but I also try to avoid preservatives.

Wahlburgers advertises it’s pickles as fresh, all natural, and containing no preservatives. However, fresh pickle maker Grillo’s Pickles says that they have tested Wahlburgers pickles and showed that they contain considerable amounts of benzoic acid, which is often added to foods via the preservative sodium benzoate.

Now the FDA says that sodium benzoate is generally recognized as safe as an additive at levels less than 0.1% in food, but that word generally makes me very uncomfortable, and if they’re advertised as having no preservatives, then what gives?