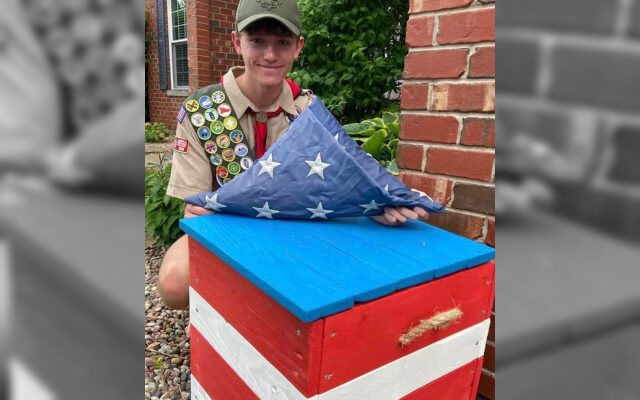 They say this generation is lazy. They say all they do is sit and stare at their screens all day. I don’t think that’s entirely fair, and I submit to you Ben Shifo.

Ben’s working his way to being an Eagle Scout, and to do so, must complete a community oriented project. Ben’s decided to build drop boxes out of old pallets to accept American flags that are used, tattered, torn or otherwise not fit to fly.

They are called flag retirement boxes, and they have been placed at several spots around Plainfield including the Plainfield Public Library, DNA Fitness in downtown, the Avery YMCA and Plainfield CrossFit Gym.

As the information card on the box says, if your flag has rips, tears, holes, discoloration, frayed edges or otherwise appears less than magnificent, it may be time to drop it in one of Ben’s boxes.

The boxes will be out until Veterans Day, at which point all collected flags will be appropriately destroyed as part of a ceremony in conjunction with Plainfield American Legion Post 13.