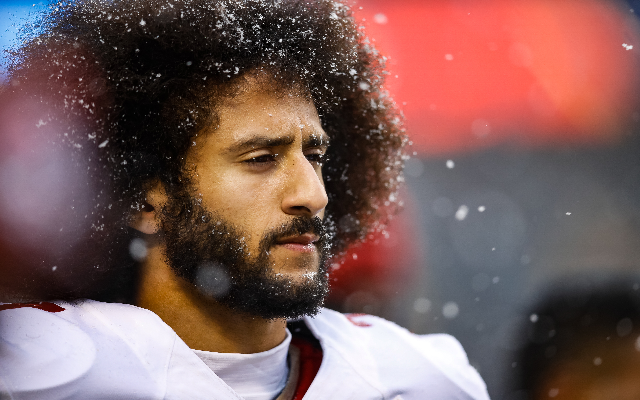 Often celebrities are criticized for using their stardom or their platform to show support for a cause. Yet what better way to call attention to something or someone than using a person with a recognizable image. A TV or movie star, an athlete, teen idol. It’s been about 4 years since Colin Kaepernick first knelt down during the national anthem not to disrespect the nations musical tribute, but to call attention to violence against minorities by the police. Kaepernick has paid a heavy price for his protest going from a starting Super Bowl quarterback to out of work and out of the game. No one wanted him good skills or not. Now it seems there has been a bit of  a reckoning. The George Floyd murder and those of others by authorities have raised many questions and much anger,protest and a call for equal justice and change. The latest the shooting of Jacob Blake in Kenosha has caused many to again call for justice and change. Over the past few months the NFL and commissioner Roger Goodall has stated they wish they’d have listened sooner to Kaepernick. Now the NBA and it’s players have taken a stand and stopped play during their playoffs to protest such violence. Baseball and the WNBA are also making a stand and the country as a whole seems to understand that there must be change. This in no way says the violence and looting and burning that have gone on has any place in peaceful protests. There is a very distinct line and it must be maintained for these protests to remain an effective tool for change. The violence cannot continue!  The NBA will restart their playoffs, but not today.