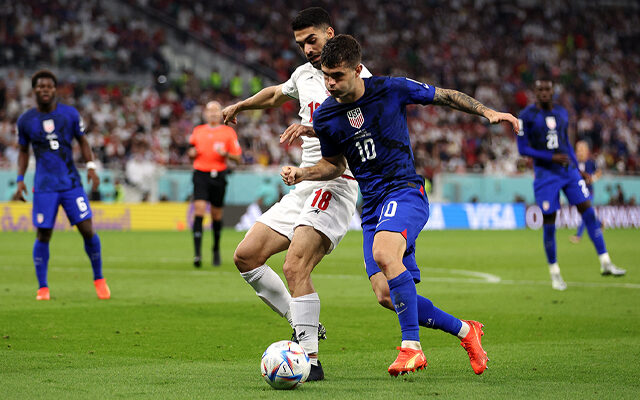 I’ve never been a huge soccer fan. I’ve played in some celeb games in my earlier life and regretted it afterwords. Exhausted and sore from constant running, but I have to say this American World Cup Team has captured my imagination and I’m gonna be watching and rooting for them tomorrow morning. 9am on Fox. Christian Pulisic or Captain America as he is known by his fans is hoping to play Saturday against the Netherlands. He was injured in Tuesdays 1-0 victory over Iran scoring the winning goal putting the US team in the knockout round of 16. Tune in. You might just like it! Spoiler Alert: It Looks Like He Will Play.

US Soccer Star Christian Pulisic Is Hoping To Play In Tomorrow.