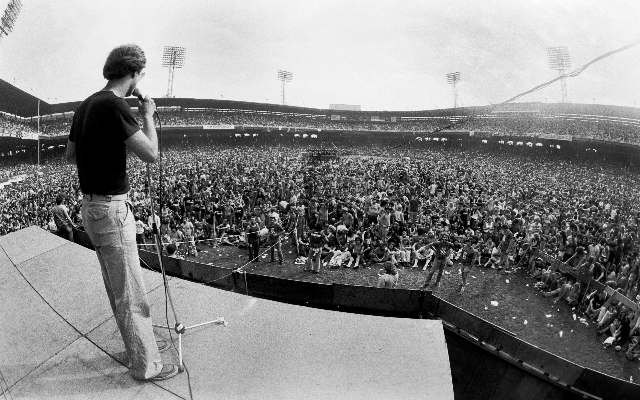 Live Music! Remember what that was like?? Well I’m seein’ more and more evidence that “Live Music” may be back this Summer. Ravinia will reopen in July for an in-person 2021 summer season, offering “its signature mix of classical, popular and chamber music” concerts,  While the full concert lineup will be announced in late April, organizers confirmed the Chicago Symphony Orchestra will return in July for a six-week summer residency. Now The Cubs have announced shows that were originally scheduled for last Summer at Wrigley Field have been re-upped for this year.

Concerts at the United Center and Soldier Field have also
been rescheduled. Tickets are being sold to see James
Taylor on June 9, 2021; Rage Against the Machine on July
12-13, 2021; and Tame Impala on Oct. 7, 2021 at the United
Center. Meanwhile, Rammstein’s Soldier Field date has been
rescheduled to Sept. 1, 2021. The team behind the Pitchfork
Music Festival applied for a September 2021 permit, while
Riot Fest is slated for September as well. The next
Lollapalooza in Grant Park has not been announced.

I’m sure our friends at River Edge Park and Hollywood Casino Amphitheater are working hard putting shows back together and you know our pal Ron Onesti is just waiting for the OK to open the Arcada. Like I said, “Live Music” is comin’ back!! Watch this space for more updates.