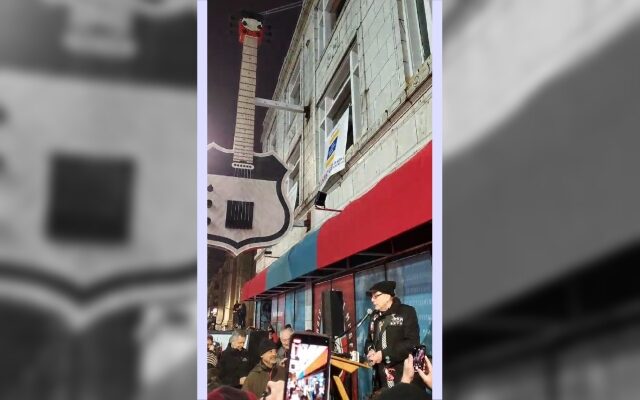 Rick Nielsen of Cheap Trick is quite the character! After several speeches outside the Illinois Rock and Roll Museum on Friday afternoon, Rick was finally introduced to say a few words before flipping the ceremonial* switch that turns on the lights to illuminate the world record setting guitar sculpture.

Someone forgot to tell him though, that there were a few more people waiting to say some words! Check out the video!

Yep…line of the night: “My nuts are cold.”

I do encourage you to flip through the live video of the ceremony and get some backstory to the museum and the guitar. It’s all very cool!

*So I know the switch was ceremonial because I tried to UN-flip the switch later on!