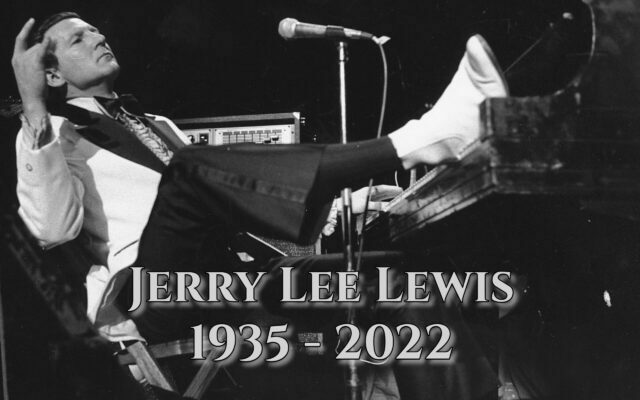 FILE - Jerry Lee Lewis props his foot on the piano as he lays back and acknowledges the applause of fans during the fifth annual Rock 'n' Roll Revival at New York's Madison Square Garden on March 14, 1975. Spokesperson Zach Furman said Lewis died Friday morning, Oct. 28, 2022, at his home in Memphis, Tenn. He was 87. (AP Photo/Rene Perez, File)

Rock n’ roll legend Jerry Lee Lewis is dead at the age of 87.  A report from earlier this week that he had died was retracted.  His death was confirmed today on his website.  A statement said his wife Judith was with him when he died south of Memphis.  He was too sick to attend his induction into the Country Music Hall of Fame on Sunday.

Lewis’s fiery boogie woogie piano playing and his rollicking showmanship earned him fame across the world.  He’s widely acclaimed as one of the most influential rock n’ roll piano players ever.   He’s been inducted into both the Rock and Roll Hall of Fame and the Rockabilly Hall of Fame.  He’s perhaps best known for his song “Great Balls Of Fire,” but he’s also famous for other classic hits like “Whole Lotta Shakin’ Goin’ On” and his covers of “Chantilly Lace,” “What’d I Say,” and “Good Golly Miss Molly.”

Lewis was also known for his marriage to his first cousin, Myra Gale Brown.  He was 22 and she was in her mid teens when they tied the knot.  The scandal cost him a lot of business, and got him blacklisted from radio.  Their marriage lasted for more than a dozen years, and they had two children.