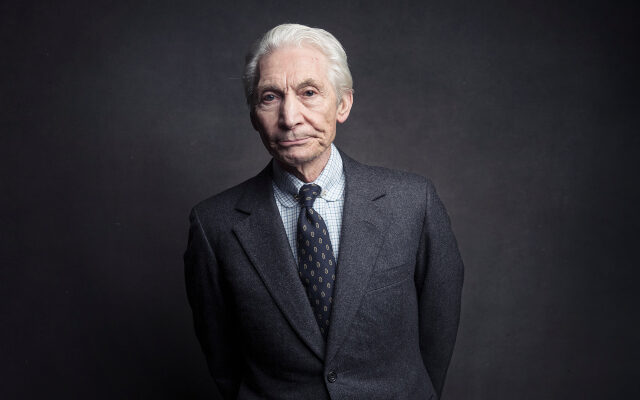 FILE - Charlie Watts of the Rolling Stones poses for a portrait on Nov. 14, 2016, in New York. Watts' publicist, Bernard Doherty, said Watts passed away peacefully in a London hospital surrounded by his family on Tuesday, Aug. 24, 2021. He was 80. (Photo by Victoria Will/Invision/AP, File)

The world of music has lost another legend.

Charlie Watts, who was the rhythmic backbone to one of the most successful rock bands of all time, passed away peacefully in London today at the age of 80.

Charlie Watts, the drummer for the Rolling Stones and one of the greatest in rock & roll history, has died at the age of 80. https://t.co/PJ8gXnZdEt

It wasn’t until earlier this month that he dropped out of the Rolling Stones current world tour, after recovering from what was called a “successful” surgery.

Watts last show with the Stones was in Miami in August of 2019.

Reaction from around the rock world pours in on social media:

All of my hi hat technique I owe to Charlie . Thank you and RIP Charlie Watts.

RIP Charlie Watts, one of the greatest rock drummers ever and a real gentleman. Condolences to his family and the band. #charliewatts #RollingStones

Rolling Stones drummer Charlie Watts dies aged 80 https://t.co/LUVShR1yaM via @YahooNews AWFUL NEWS. One of the true timeless icons and the backbone of the Stones. Hard to fathom the loss. So very sad.

RIP Charlie Watts, the unlikely rock n roll star, who steadied the turbulent ship of The Rolling Stones. My favourite anecdote about him: pic.twitter.com/nUgxbRzEh8

Every drummer in the world—no matter of genre—needs to lift their hand off that hi-hat on 2 & 4 today in honor of Charlie Watts, the man who made The World’s Greatest Rock and Roll Band ROLL. If there’s a better rock groove than Brown Sugar I’ve yet to hear it. Rest in swing. pic.twitter.com/M4GBgYhXa9

His pocket in a song was as crisp and tight, as the pocket square in his savile row suits…Rest Easy Legend #CharlieWatts pic.twitter.com/jVOVMldNWu

Rest In Power #CharlieWatts RIP. You are a smooth brother. Thanks for all the great music. pic.twitter.com/ePlXpiiqNc