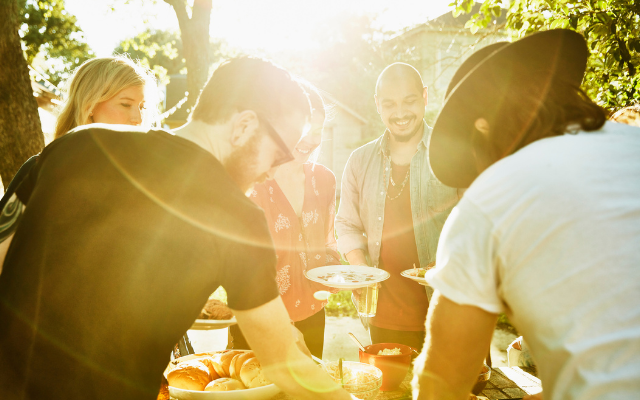 Here it is…Memorial Day Weekend.  As well as paying respect to our Veterans that gave us their life for our Freedoms, the grills will be fired up and the food will be GOOD.  Maybe you are one of those people that hate the sounds of people eating….Here’s Why…

There’s a reason your parents told you to chew with your mouth shut.  It’s not just rude, it’s also ANNOYING.  And scientists may have finally figured out why we hate it so much . . .

People who get REALLY annoyed by it have something called misophonia.  (Pronounced miss-oh-FONE-ee-uh)  That’s where common sounds like chewing or heavy breathing can drive you nuts.

Researchers at Newcastle University in England scanned people’s brains while they played different sounds that might trigger a reaction.  And for people who have the condition, certain parts of their brain lit up MUCH more than people who don’t have it.

One section that lit up was the part of your brain that processes sound, which makes sense.  And that happened with everyone, even people who aren’t extra-sensitive to it.

But some people’s brains also showed hyperactivity in the premotor cortex, which is an area of the brain that’s responsible for moving your mouth and throat.

In other words, hearing someone chew their food can activate the part of your brain that wouldn’t usually kick in unless YOU were chewing.

So for people with misophonia, it can feel like an intrusion.  And it can give them the urge to chew or swallow, even though they’re not eating.

(Guardian / The Hill / The Journal of Neuroscience)