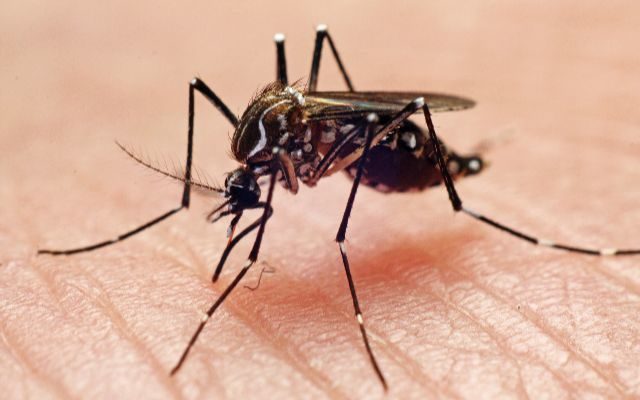 I am always telling my wife that bees, flies and mosquitos are somehow attracted to me.  She usually laughs and says they must like your cologne.  Maybe?  But now, we  know the truth.  See below and I’m thankful for these scientists…now I don’t feel CRAZY!

Are you a mosquito magnet?  If so, scientists may have finally figured out why.  And unfortunately, there might be nothing you can do about it.

It’s well known that mosquitos love some people and ignore others.  But we’ve never known why.  Some thought certain blood types attracted them, or maybe the color of your clothes.  But there’s never been much evidence to back it up.

Now researchers at Rockefeller University in New York think they found the answer.  It’s your BODY ODOR . . . but not the kind that could clear out a room.

They had people wear nylon stockings on their arms for six hours to let their scent transfer to the material.  Then they looked at which nylons mosquitos loved most.

Some were 100 times more attractive to them than others.  And they all had one thing in common.  The oil in the person’s skin had more of something called “carboxylic acid.”  (car-bock-SILL-ick)

It’s an acid that helps keep our skin moisturized and protected, and some people just produce more of it.  Humans can’t really smell it, but mosquitos can.

The study found changing your diet or showering more doesn’t make a difference.  So if mosquitos love you, they might always love you.

The only hope is that the study leads to new types of bug repellents.  Until then, there’s not much you can do about it.