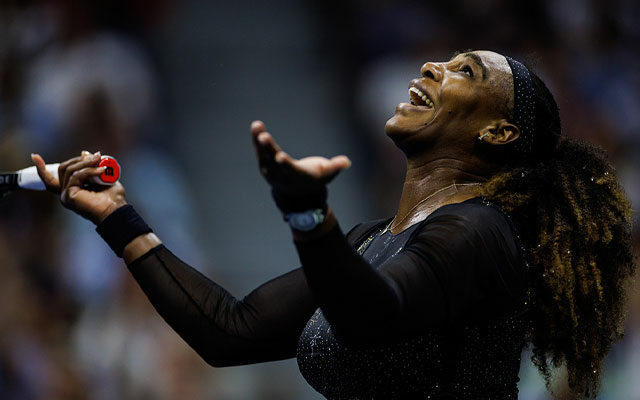 I’m not a big tennis guy. I played the game with my oldest son Jeff when he was first starting out and when I could beat him simply on athletic ability. At about age 14 he started to smoke me on a regular basis and I graciously retired from competitive tennis with my son. I played a lot of racquetball, but tennis was in the rear view mirror. Now I do watch things like Wimbledon or the French Open and certainly The US Open which is going on in Flushing New York as we speak. This is a special year for the US Open because tennis great and 23 time Grand Slam Champion Serena Williams has indicted this might be her last. At 42 that could be understandable, but she has won her first two matches at this years Open and the crowds are loving it. Serena Williams is a true super star in every sense of the word. She has had such an affect on the world around her for a very long time and we may never see the likes of her prowess again. I always find it unusual to use the term GOAT, but if you are The Greatest Of All Time rock it! She and sister Venus are playing doubles tonight on center court. They have won 14 Grand Slam doubles titles together.

Serena Williams a Tennis Great And So Much Greater Than That.