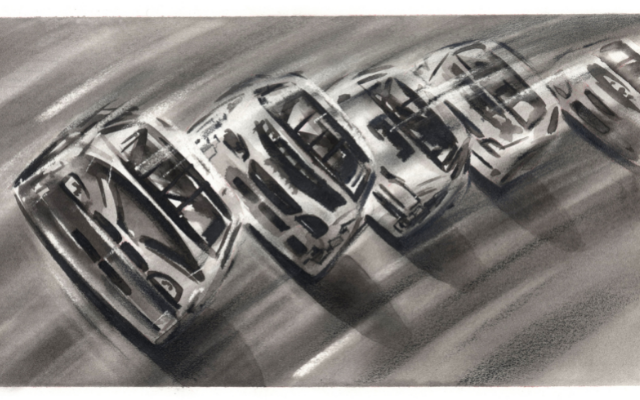 Maverick and anyone else with a “need for speed” won’t like this idea: The National Transportation Safety Board is trying to get car manufacturers to add a feature that would prevent people from breaking the speed limit.

Cars have had “governors” for a long time. That’s where you can’t go over a specific top speed. But it’s usually way high, like 155 miles an hour.

The new feature they’re talking about uses GPS to pinpoint where you are . . . check the speed limit . . . and prevent you from going over it.

New York City is testing it out with 50 government vehicles. If you hit the speed limit, an alarm goes off. Or the accelerator just cuts out until you slow down.

There’s an override button that lets you speed for 15 seconds in case you need to merge or meet the flow of traffic. But that’s it.

The NTSB isn’t trying to force car companies to do it right now. But they want the government to start incentivizing them with things like tax breaks.

One expert said he expects most people WON’T like the idea. But he thinks there’s a very good chance all new cars WILL have it someday.

You can read more about it here.