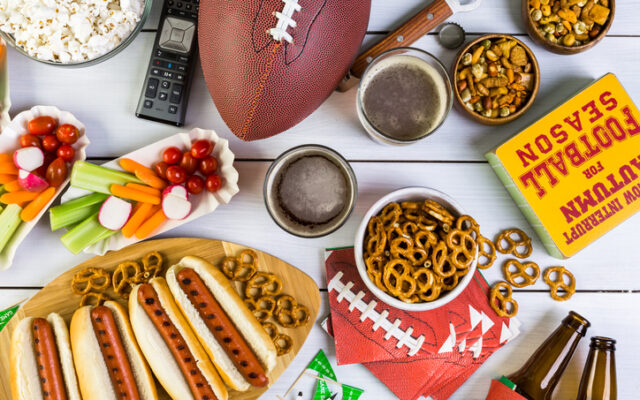 Appetizers on the table for the football party.

– 1.4 billion wings is enough to circle the Earth three times

DietDetective.com says the Super Bowl is the second biggest day for food consumption after Thanksgiving. Other findings:

– the average person would have to run 49 football fields to burn off just two handfuls of potato chips or do “the wave” 6,389 times to burn off six loaded potato skins.

– the average person would have to perform 299 touchdown dances to burn off half of a stuffed-crust bacon/sausage/pepperoni pizza (Each dance would have to be 15 to 20 seconds.)

A survey by Blimpies Subs reveals that 47% of people say running out of food and drinks is the most annoying part of a Super Bowl party. Other findings:

– 43% of people say double-dippers are annoying