The Frontier League Cancelled Their 2020 Baseball Season, So How Are the Joliet Slammers Still Playing?! 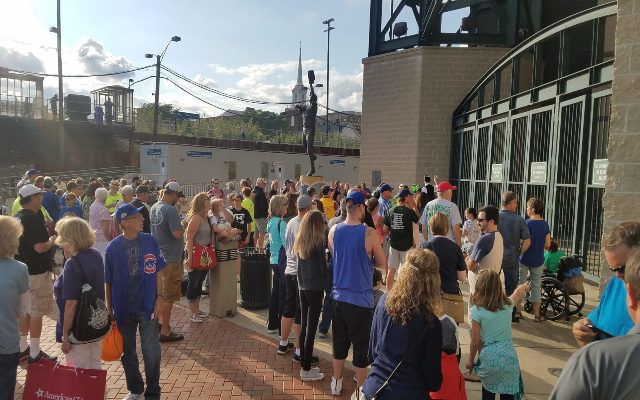 I can’t say I’ve ever seen something like this before!

The Joliet Slammers play baseball in the Frontier League, a league made up of mostly Midwestern and some central Canadian teams. Unfortunately, their season was just cancelled on Wednesday as it says in this portion of a press release:

“We all want to play Frontier League baseball in 2020,” stated Rich Sauget, Sr., President of the Frontier League. “However, with the continuing limitations on social gatherings in our markets plus travel restrictions impacting our Canadian teams we had to make the tough decision that without availability to play in many of our 14 ballparks that a 2020 championship season was no longer realistic.”

Well, since the Slammers can’t play in the Frontier League…it looks like they are creating their own, smaller, temporary league! They are calling it the City of Champions Cup, where they will form four teams that will play in a 27-game season.

From the Joliet Slammers:

Four teams will compete for the Cup, all playing a 27 game schedule each at DuPage Medical Group Field from July 16 through September 6. The teams will be made up of players drafted from the ranks of Frontier League players unable to play for their current teams and free agents from MiLB affiliated teams. “We are expecting a very high level of talent to be on the field for the Slammers and the other three teams,” said Nick Semaca, Slammers majority owner.

The names and more details on the three new teams, all of which will also be based in Joliet, will be released shortly. Each team will play 3-4 home games per week in a schedule that generally will include night games on Sunday, Tuesday, Thursday, Friday, and Saturday with additional ticketed day games on Saturday and Sunday afternoons.

Obviously, there are a lot of questions!

Is this sanctioned by…anyone?!

Who will umpire and officiate?

How many fans can be in attendance…and are masks mandatory?

Who picks the teams?

Is there insurance if people get hurt?

What does the Frontier League office think about this?

I have an interview planned with General Manager Heather Mills today, so I’m anxious to find out!I will post that here when it’s completed!

I have to say, I’m impressed with the ingenuity and determination to play baseball in Joliet!