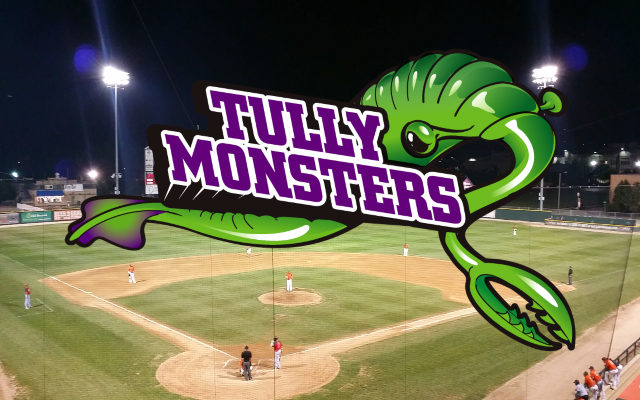 The Tully Monsters are one of four teams participating in the Joliet Slammers' City of Champions Cup in downtown Joliet.

Well hey, when you create your own make-shift baseball season since the league you play in cancelled, why not have a little fun with it, right?!

Usually in the Frontier League, a team starts extra innings with a team on second base. But, for this event, they are scrapping that idea and stealing a page out of the hockey or soccer playbook and will instead have a home run derby decide the winner!

Instead of having a player start on second base in the case of a tie, players will instead participate in a Home Run Derby. Each team will pick a player to participate, and a coach or player of their choice to throw. Each batter will get 5 pitches and whoever has the most home runs after those 5 pitches will win the game. If a home run is not hit in those 5 pitches, a new round of 5 pitches will start, with the same batters, until a home run is hit.

And besides the Joliet Slammers, the Cup will feature the Joliet Tully Monsters, the Chicago Deep Dish and the NERDS Herd (love it!). Here are the explanations:

The Tully Monster is the official state fossil of Illinois and is only found in the Mazon Creek Fossil Beds of Illinois, a 30 minute drive from the ballpark. These aquatic creatures lived over 300 million years ago and grew up to 14 inches in length. We are excited that we will be bringing back much larger human Tully Monsters to take the field this summer to celebrate some truly ancient Illinois history. Scott Spiezio will be the Joliet Tully Monsters Team Manager.

We couldn’t have a season without paying homage to the iconic Chicago deep dish pizza. Deep dish is rooted in the culture and history of Chicagoland, and each restaurant strives for the longest cheese pull when serving a slice. We can’t wait to showcase this world-renowned food icon with the Chicago Deep Dish team. Managing the Chicago Deep Dish will be Glenallen Hill.