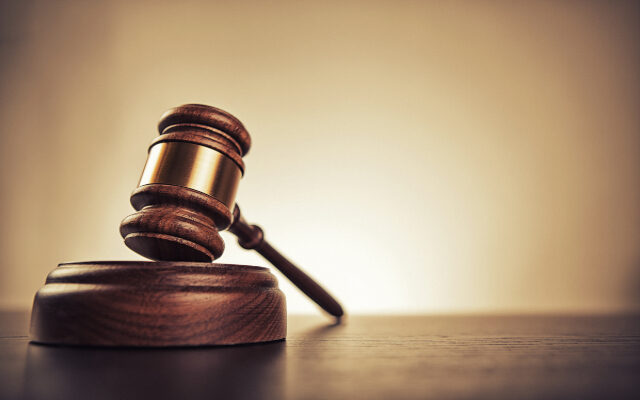 Seems like he waited long enough, but the kid on the cover of NIRVANA’s “Nevermind” album is now suing the band for child sexual exploitation and, quote, “distribution of private sexually explicit materials.”

His name is Spencer Elden, and just like the album, he’s 30 now.  He was only four months old when he was photographed for the cover, wiener and all.

In his lawsuit, he notes that he couldn’t legally consent to his image being used . . . and according to him, it’s CHILD PORNOGRAPHY.  He also says the band promised to cover his nether region with a sticker, but never did.

He’s suing the band, its surviving members, Kurt Cobain’s estate, the photographer, and the record labels that released the album.  He wants $150,000 from each plaintiff.

Spencer actually has the word “Nevermind” tattooed across his chest.  And in 2016, he recreated the photo for the album’s 25th anniversary . . . but not naked.  That same year, though, he admitted he wasn’t happy to be associated with it.

Spencer Elden, who was famously photographed as a baby for Nirvana’s Nevermind album cover, is suing the band for child sexual exploitation. Just five years earlier, he recreated the photoshoot for the album’s 25th anniversary: https://t.co/YEbBXUCfs3 pic.twitter.com/yv9SCphqOi

And in the lawsuit he says he has suffered permanent physical, psychological, and financial harm from the photo.

Pitchfork has a more detailed dive into the details.

The surviving members of Nirvana and estate of Kurt Cobain have been sued by Spencer Elden, the baby from the cover of Nevermind. Elden claims the band violated federal child pornography statutes. https://t.co/M4PW3KhJvT