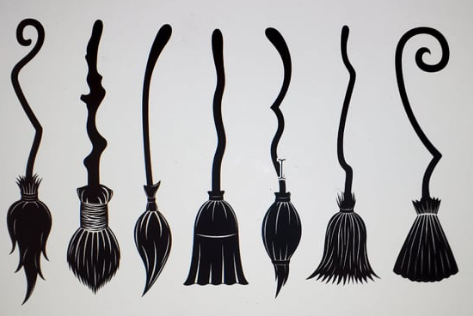 Hi it’s Leslie Harris. Happy Halloween! Have you ever wondered how this fun holiday,and some of the traditions, got started?

Halloween is thought to have pagan roots, and may have started with Celtic harvest festivals especially Samhain (pronounced sow-win) which marks the end of the harvest season and the beginning of winter. It’s about halfway between the Autumn equinox and Winter solstice.

The early Celtic pagans would celebrate this time of year by gathering together and having feasts and bonfires, and communicating with those who had passed. Many believe that the veil between the living and the dead is the thinnest at this time of year.

Dressing in costumes started as a Samhain tradition, from at least the 16th century. People would dress up and go from house to house singing songs and verses, receiving food in exchange.

In the nineteenth century, there was a mass Irish and Scottish immigration, and Halloween became a major holiday in the United States. You can clearly see the roots of our modern Halloween in these early pagan traditions.

Many throughout the world still celebrate the honoring of our loved ones who have passed, especially in Latin countries where they celebrate Day of the Dead.

However you’re celebrating, I hope you have a very happy Halloween!